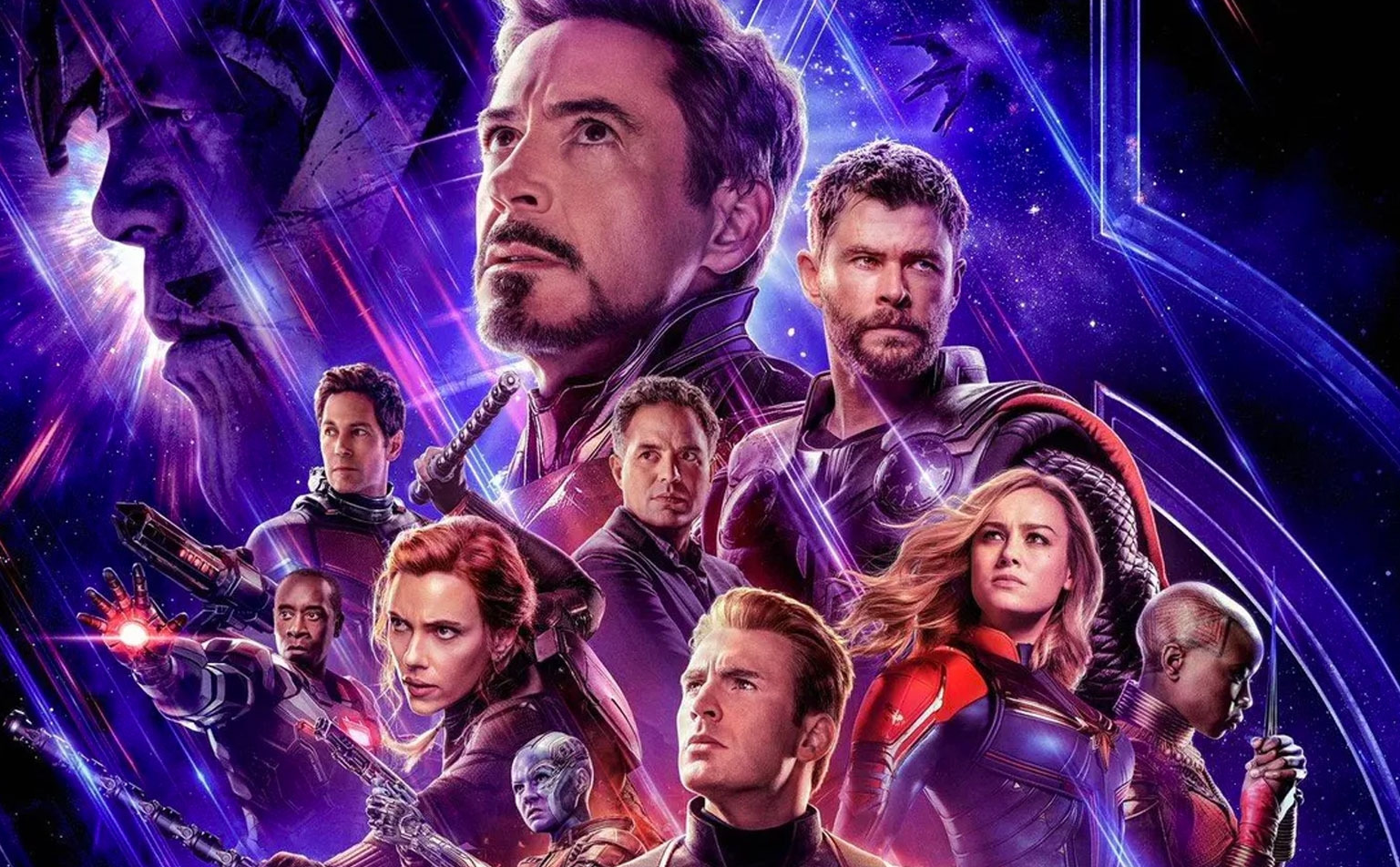 What’s all this hype about Avengers Endgame? Well, if you didn’t hop on the Marvel train with each movie release, then you might not be excited about this bound-to-break-the-box-office film.

Furthermore, every movie weaves an intricate thread that connects storylines and crosses over characters to thicken the underlying plot. Between the Guardians of the Galaxy, Avengers, Thor, Iron Man, Captain America, Spider-Man, Ant-Man, Hulk, Captain Marvel, Doctor Strange, and Black Panther movies, there is a lot of ground to cover. If you don’t have time to watch all of the films before Avengers Endgame releases, then there are 8 recommended must-watch Marvel movies to see beforehand.

In total, there are 21 Marvel movies that take place before Avengers Endgame. In chronological order:

Not to mention, a TON of characters are in those movies. In this article, we only focus on the 23 superheroes that are expected to impact the plot of Avengers Endgame. Phew! That’s a lot of people to talk about.

Now, are you ready to break down the characters?

Pepper is the love interest of Tony Stark aka Iron Man. With everything that happens to Iron Man in Avengers: Infinity War, we can expect Pepper’s appearance in the final showdown.

During WWII, patriotic Steve Rogers is injected with an experimental super-serum during a military operation. Now known as Captain America, Steve Rogers gained heightened endurance, strength, and reaction time. Near the end of the war, Rogers is frozen in ice and found and revived decades later. Now, he is a member of The Avengers who recently did not see eye-to-eye with Iron Man (Tony Stark) during Captain America: Civil War.

James Buchanan Barnes, aka Bucky, is a master of hand-to-hand combat. He also trained with his best friend Steve Rogers during WWII. Bucky is brought back from his apparent death thanks to the evil organization HYDRA. Consequently, HYDRA gives Bucky a metal arm and brainwashes him into becoming the Winter Soldier. Thankfully, he rekindles his friendship with Steve Rogers (aka Captain America). Now, he’s one of the good guys.

Clint Barton is an archer with perfect accuracy. Recognized for his quick wit, lightning fast reflexes, and protectiveness of his family, Clint doesn’t always follow the rules.

Natasha Romanoff is the incredible spy known as Black Widow. She is heavily trained in espionage, and her combat skills and state-of-the-art equipment are usually unmatched. As a S.H.I.E.L.D. agent, Romanoff was originally assigned by Nick Fury to keep an eye on the Avengers.

A Nordic legend that’s one of the mightiest heroes in mythology! Thor is the son of Odin and heir of Asgard. As such, Thor currently wields an enchanted axe and is the master of thunder and lightning. With a thirst for battle, you don’t want to get on his bad side!

The wielder of mischief, and also Thor’s step-brother. Loki is a troubling and mostly evil Asgardian. Additionally, Loki is a master manipulator who dabbles in illusions, shape-shifting, and hypnotically influencing others. More recently, we see Loki’s character growth in Thor: Ragnarok and Avengers: Infinity War.

Brilliant scientist Bruce Banner receives a massive dose of gamma radiation. When Banner is angry, he turns into a huge, green, adrenaline-fueled hero (aka Hulk). And, yes, he likes to SMASH things.

Vision is a synthetic android with lifelike artificial intelligence and an indestructible robotic body. He can fly and manipulate his molecular density, which is a fancy way of saying that he can walk through walls. As we recently discovered with Avengers: Infinity War, Vision is alive because of the infinity stone in his head.

Vers is an extraterrestrial Kree warrior who finds herself in the middle of a battle between her people and the Skrulls. When she lands on Earth, she has recurring memories of herself as a U.S. Air Force Pilot named Carol Danvers. She possesses an assortment of kickass powers and abilities including superhuman strength, stamina, endurance, durability, and resistance to most toxins and poisons.

Young Peter Parker remains under the watchful eye of Tony Stark (aka Iron Man). Peter wants to balance his ordinary life while saving the world. I mean, that shouldn’t be too much for a teenager to ask, right?

Hope van Dyne is the daughter of world-renowned Dr. Hank Pym. With her size-altering suit, she can shrink in size and fly as she battles evil with her partner, Ant-Man.

T’Challa is the king of Wakanda—a technologically advanced African nation. As the Black Panther, he upholds a sacred title that is both inherited and earned. After ceremoniously consuming a special herb, T’Challa gains superhuman powers to defend his people and the rest of the world. No pressure.

Okoye is the head of Dora Milaje. Dora Milaje is a ceremonial order of warrior women who protect the leader of Wakanda. For this reason, Okoye is prepared to make any sacrifice for her people. She also places her duty to her king—T’Challa—above all else.

Peter Quill was taken from Earth at a young age and grew up among Ravagers (think space pirates). This was the beginning of his intergalactic adventure. Quill leads an unlikely group of intergalactic misfits known as the Guardians of the Galaxy, committing acts that are a little bad, a little good—a little of both. When Quill meets Thor in Avengers: Infinity War, things get interesting, especially when they realize that they’re fighting the same bad guy: Thanos.

Part of Star-Lord’s team, Gamora is also Peter Quill’s love interest. Gamora is orphaned at a young age and taken by Thanos (bad guy). As a result, Thanos raises her to be a highly-skilled warrior. Seeking redemption for her past, Gamora now uses her unparalleled skills to fight with the Guardians of the Galaxy against Thanos.

Rocket might seem cute and fluffy, but he’s a dangerous genetically produced being. As a master pilot, marksman, engineer, and weapons specialist, Rocket also has an obsession with stealing robotic and/or artificial limbs. Rocket and his long-time partner-in-crime Groot are members of the Guardians of the Galaxy.

As Gamora’s step-sister, Nebula also trained under tyrant Thanos. She achieves victory by any means necessary. Nebula is in constant search for power and tends to align herself with any villain who can aide her. As the movies progress, we see some massive character growth and partial warmth towards her step-sister, Gamora.

After witnessing the death of his home planet due to overpopulation, Thanos takes it upon himself to resolve the issue for everybody. Thanos is a supervillain to both the Avengers and the Guardians of the Galaxy. He wants to kill half of the world’s population to help it survive. However, this mercilessness for the idea of ‘greater good’ makes him a complicated character. Is he an actual villain or misunderstood? You decide.

Basically, there are so many characters that come into play throughout the Marvel movies that make it difficult to narrow down the list above—especially since I want to elaborate on my favourite character Scarlet Witch. But maybe another time. Furthermore, with Avengers Endgame around the corner, I think it’s safe to say that we can expect massive character deaths, plot twists, and excitement.

For those of you who are not well-versed in the Marvel universe and are seeking a refresher without watching all of the previous movies, this is the breakdown of need-to-know basics. Get ready to see Avengers Endgame!

Christine is a teen fiction author (debut novel: The Hidden Legacy) who spends most of her time traveling, writing books and helping others pursue their passion. Christine is also an admitted TV junkie, content creator, inspirational blogger, and animal enthusiast. You can visit her website to learn more www.christinerees.com