The Wrong Room: What It Feels Like To Be A Woman In STEM 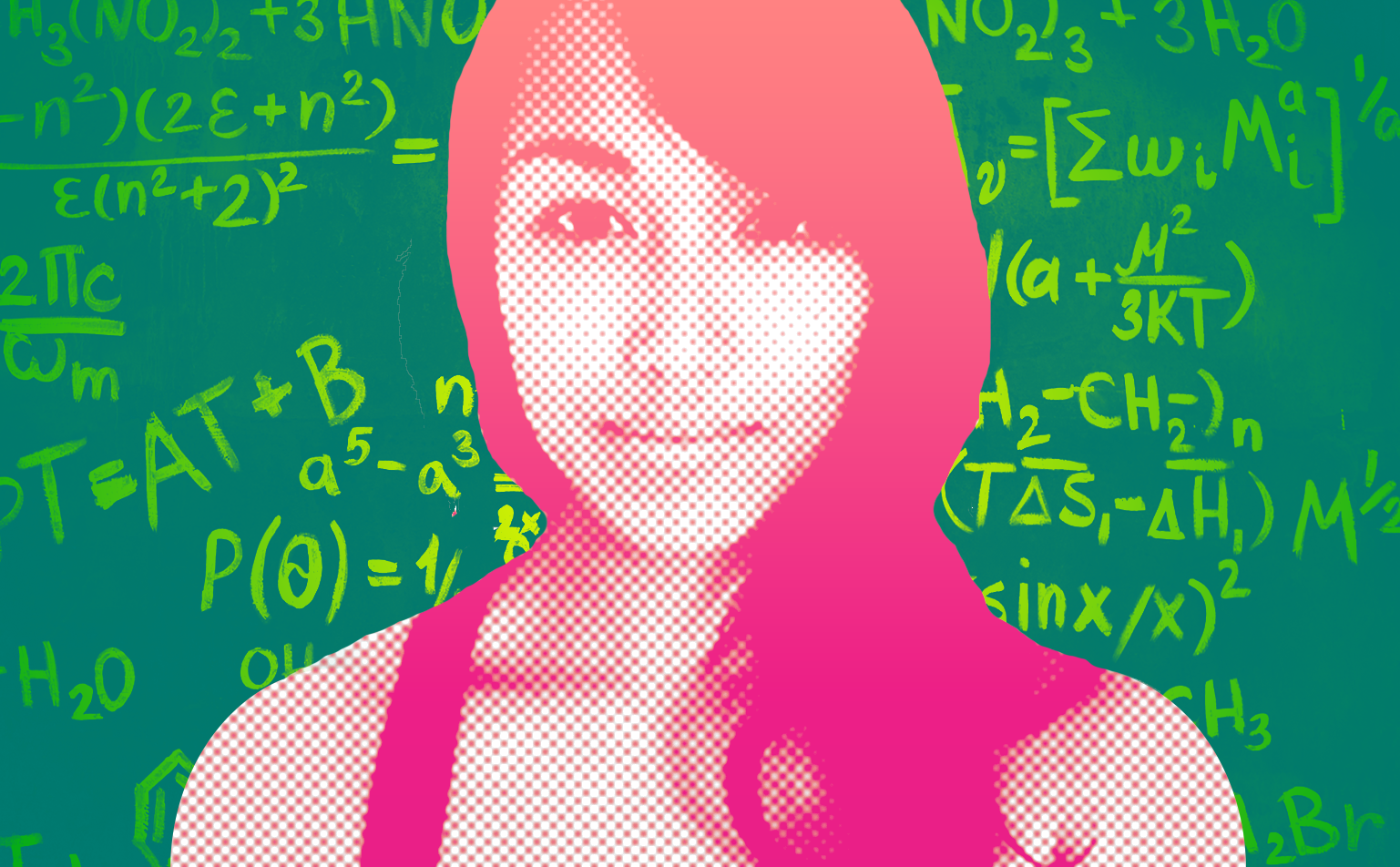 As a woman accepted into an aviation program, I wasn’t oblivious to the state of the industry. I knew the stats. And how I felt on my first day of class motivated me to change them.

Am I in the wrong room?

I remember my first day at college like it was yesterday.

Feeling nervous, I walked through the campus hallway, in my uniform (white shirt, black tie), rehearsing scenarios about who I’d meet and what I’d say. I made sure I wasn’t there too early or too late, so that by the time I got there there’d be a little more than five minutes to socialize with my new classmates— but not too much time so that I’d run out of things to say.

No more than ten steps away from the door, I see someone wearing a bright orange shirt. He’s frantically pacing, asking people if he got the right room. Peering into the room, in disbelief he says:

This can’t be the right room…

Confused, I reached for the door. To my relief, there were 40 students  who were wearing the same uniform as I was wearing. I was in the right room. The kid dressed in orange, on the other hand, didn’t get the memo.

Realizing that he was in fact in the right room, but not appropriately dressed, he had no choice but to walk in, wearing an embarrassingly bright orange shirt, and try to fit in among the sea of white shirts and black ties.

He would later become one of my closest friends in the program.

My experience of walking into the room was very different. 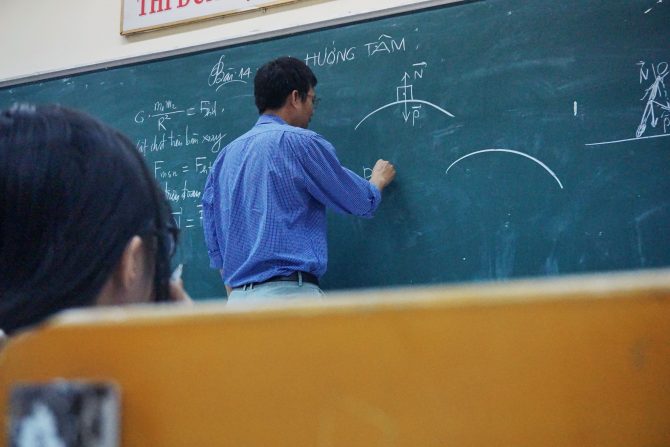 When I opened the door of my class to see 40 students wearing the same uniform as I was wearing, I saw something that my friend in the orange shirt didn’t see:

There were only two other women in the class.

Yes, you read that correctly. That’s THREE girls out of FORTY students.

Even though I knew what I was getting into, the sight still took me aback. I had a tough time processing how I should feel. Excited? No. Anxious? Maybe. Yes, yes, anxious! Being one of the three other girls in that room made me feel like I was being watched. Surprisingly, the lack of females wasn’t acknowledged by our professor. After all, it was the first day of class. And it was the professor’s time to set the ground rules. Considering a kid just walked in wearing a bright orange shirt, it was business as usual.

With women, these assumptions come without an orange shirt. 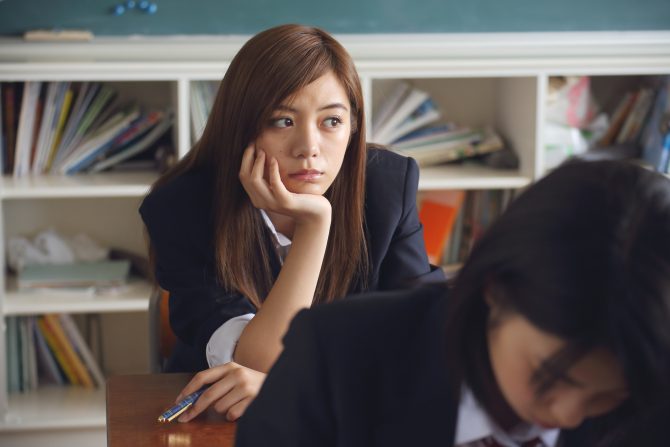 In a male-dominated environment, females tend to be thought of as less knowledgeable. You must be prepared to prove yourself. Again, and again. Oh, and again. You better speak up too, because your soft-spoken voice may not be tolerated nor heard among the banter of the brotherhood.

Make sure you throw some witty jokes in there too.

I would later transfer into another male-dominated industry: engineering.

As I observed the other females in these programs, patterns were revealed. Most—not all—were silent, they contributed less, if at all. They waited for someone else to take the lead, so that they could follow. And they spoke their mind after someone else has expressed the exact same opinion.

They faded into the background.

And as I spoke to my boyfriend on the phone, talking about the new friends I made in engineering, he aske, “Any girls?”  To which I have to reply, “…No.”

So, what’s the deal? Where are the women? And why aren’t they as loud?

We have to come to terms with a systemic problem: sexism.

We need to change the numbers.

With a long history of discrimination against women, it’s no wonder that women tend have a vastly different post-secondary experience than men. Think about it: it was only in 1918 that Canadian women were given the right to vote (and 1960 for Aboriginal women!) – and it was only last year that Canada obtained its first ever gender-balanced cabinet.

Education is no exception.

Historical discrimination has created disadvantages for women with effects that that continue until today; history has shaped the social expectations we have not only of women.

For women, venturing into any discipline that is heavily occupied by men, requires breaking out of the cultural mould that has been created for us. Every gender-specific expectation we have is an extra slab of clay tacked on to that mould, furthering solidifying the unjustified presumptions we have about each gender.

Why does this matter?

Yes, there are less women in STEM. But no, it won’t always be like this. Cultural change takes time. And a most of the time, women can’t do it alone. We need women (and their male allies) to break the cultural mould that women are stuck in. 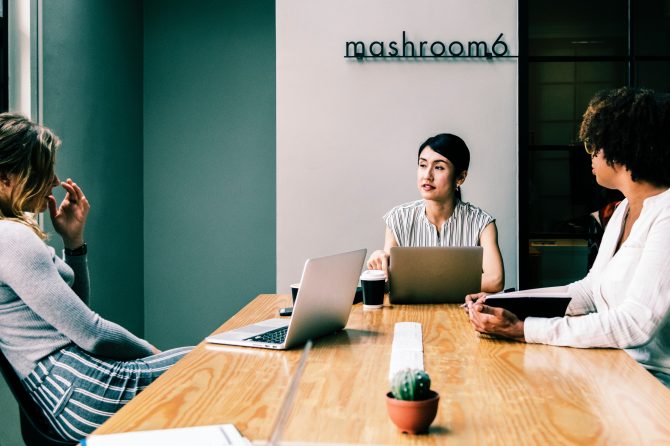 The change begins in our thoughts. You can easily identify what underlying ideas reside within a person when they meet a female in STEM. With careers playing bigger and bigger roles in defining our identities, it doesn’t take long before people ask you what you do. “I’m training to become a pilot”.  And without hesitation, both men and women, reply, “WOW! That’s amazing.”

At first, it felt good. Yes, it’s amazing! Flying is amazing. Until I got into engineering and I got the same response. Engineering is amazing, but it sure isn’t as cool as flying. That’s when I realized they were applauding a female pilot. A female engineer. What first seemed like a compliment, now began to feel like an insult.

If we are ever going to normalize women in STEM, we need to stop applauding the simple act of pursuing a usually-male career. My career choice shouldn’t be amazing. It should be boring. It should be normal.

If we don’t, women will always peer into a room full of pilots and engineers, and say, “This can’t be the right room”.

Karen is passionate about passion, picking up hobbies from photography to writing to softball. She calls the gym her second home when she's done satisfying her intense caffeine addiction at Starbucks. Aspires to become a world renowned neurosurgeon while working as an exemplary explorer-photographer for Nat Geo. A neuroscience major, double minoring in physiology and bioethics- not journalism. Oh, and she's a dreamer.