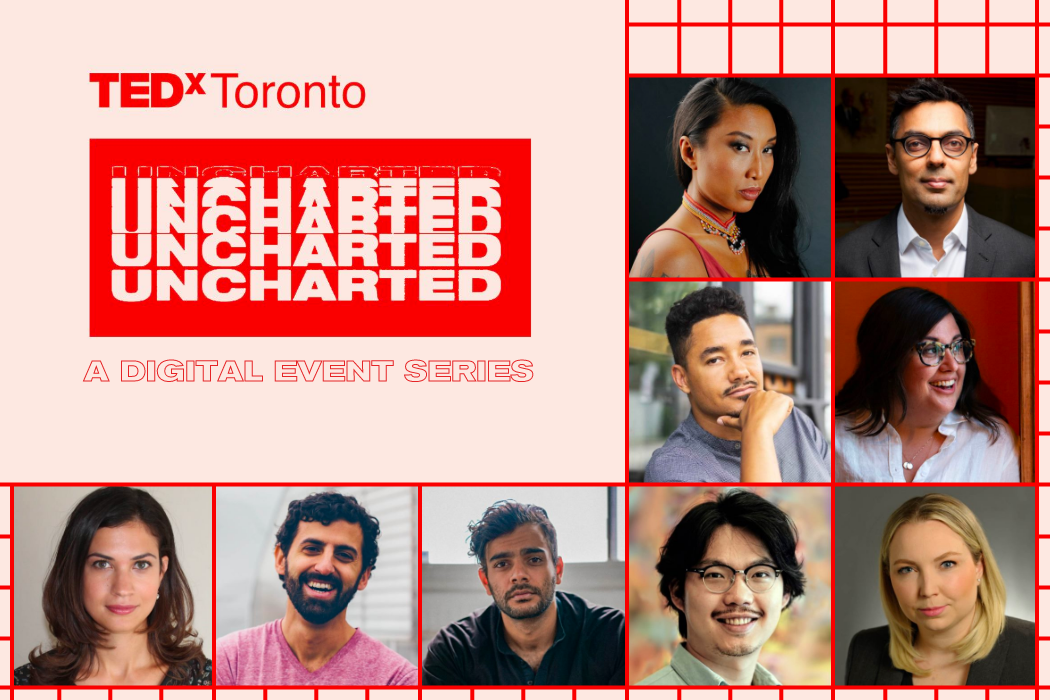 Find out which exciting and inspiring Canadians from across a variety of industries could be engaging with you as a part of the upcoming TEDxToronto.

Though TEDxToronto has been running for 12 years, 2020 will see an exciting new format for you to comfortably take it all in. Produced as four digestible, interactive digital experiences, this year’s talks will spread ideas and build community all around adapting to the realities of today.

Let’s cover the basics. TEDx Talks are short talks from leading thinkers and doers devoted to spreading great ideas. The ‘x’ means it’s independently organized. In this case, that means these speakers will represent the city and surrounding area with talks that will resonate with all Canadians.

The first two of these events will happen on October 29 and November 26. Attendants will be exposed to new ideas and perspectives, encouraged to think in new ways, and inspired to engage in dialogues with like-minded peers.

Let’s be clear, this won’t be a boring Zoom event like so many others you’ve seen. Expect a professionally produced, cutting-edge live event with an exciting host.

This year’s theme is Uncharted. As they put it, “The world today is something we’ve never experienced before, and these uncharted waters are making us ask some big questions. How can we see the larger picture, find sources of hope and realize the power each of us has to chart a better course?”

SPEAKER LINEUP: Understanding Where We Are (October 29) 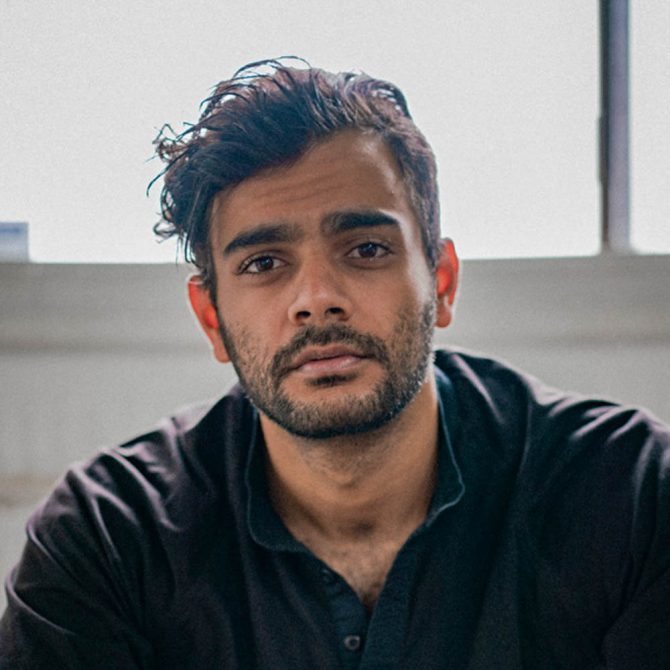 Hamza is the star of the most-watched Canadian series this year, CTV’s “Transplant”. A Canadian Screen Award nominee, Hamza has been featured in the hit shows “Designated Survivor” and “Quantico”. In Transplant, Haq plays Bashir “Bash” Hamed, a Syrian doctor with experience working in a war zone, now trying to make a new life for himself and his young sister in Canada. This rising Canadian star uses his public platform to speak on issues important to him, including refugees’ rights, racial injustice, and combating stereotypes. 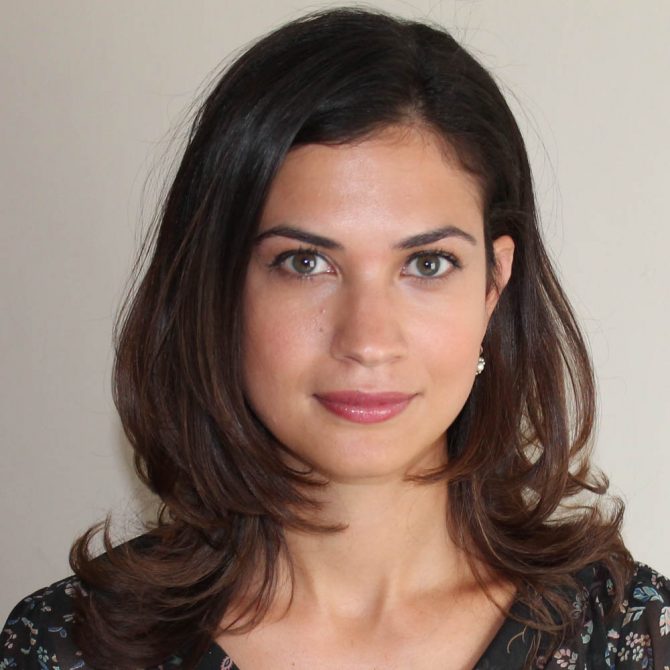 Sara is the Toronto Star’s Work and Wealth reporter, writing on the changing workplace – including precarious work, labour issues, and workers’ compensation. Her work at the Star has been recognized by the Hillman Foundation prize for social justice-oriented investigative journalism and nominated for the Michener Award for public service journalism and several National Newspaper Awards. 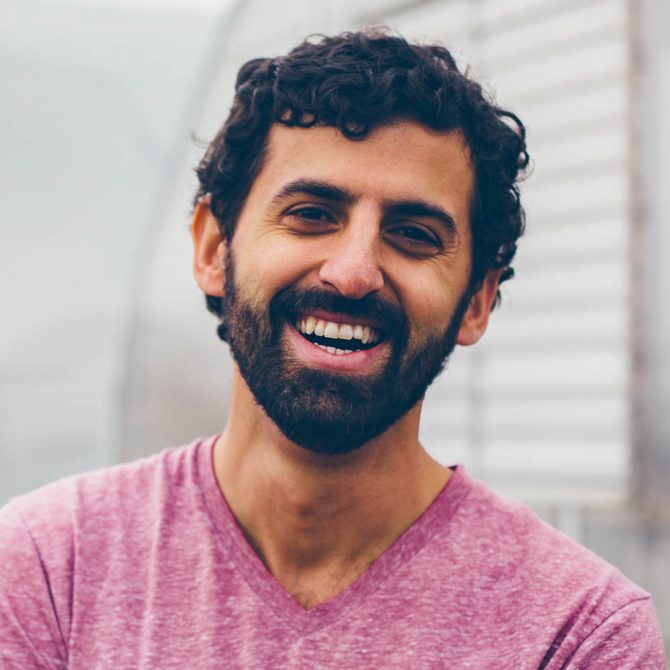 Ran is the Founder of Fresh City, a Toronto urban farm and organic retailer with a strong online presence and eight stores. He founded Fresh City in 2011 to create a better life through food, after pivoting from his former career as a Wall Street investment lawyer. Ran has appeared on Dragon’s Den to pitch the Fresh City concept and is passionate about the intersection of community, ecology and our food system. 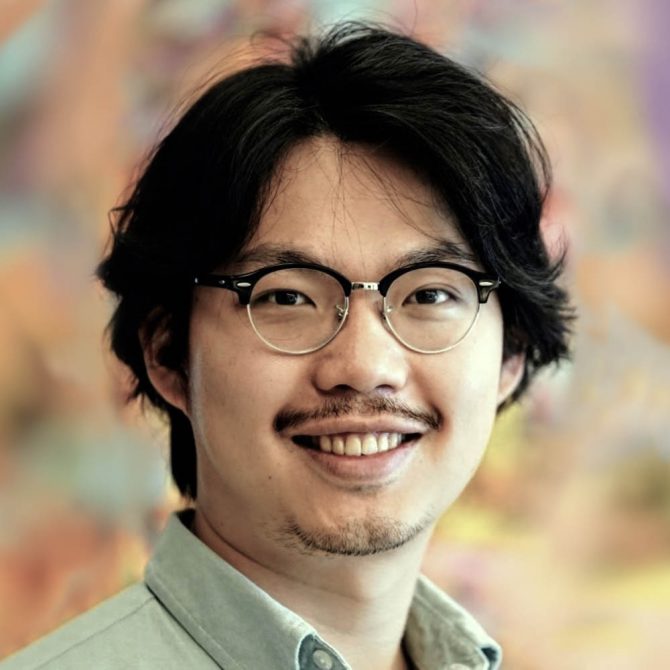 Jimmy is an Assistant Professor in the Department of Computer Science at the University of Toronto. He is also a faculty member at Vector Institute, the Canadian Institute for Advanced Research (CIFAR) AI Chair program and was a recipient of Facebook Graduate Fellowship 2016 in machine learning. Jimmy’s research focuses on developing novel deep learning algorithms, helping to advance our understanding of the human mind, intelligence, and computation. 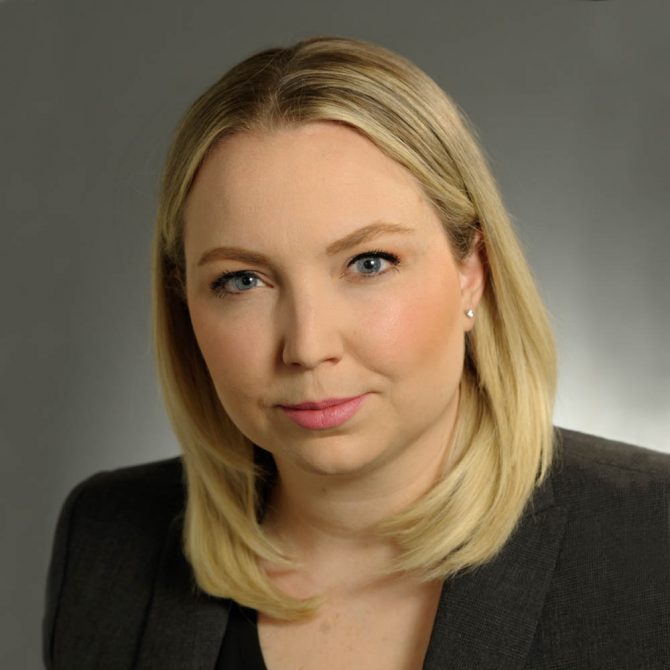 Frances is Global Chief Economist for Manulife Investment Management and a leading financial and economic commentator. While her day job is helping major financial institutions analyze global macroeconomic and financial trends, she’s been called the “anti-dismal scientist” and uses her platform to make economics and finance relevant (and entertaining) to all. Her candour, humour and incisive yet accessible analysis have made her a trusted voice and sought-after expert within Manulife and the media. 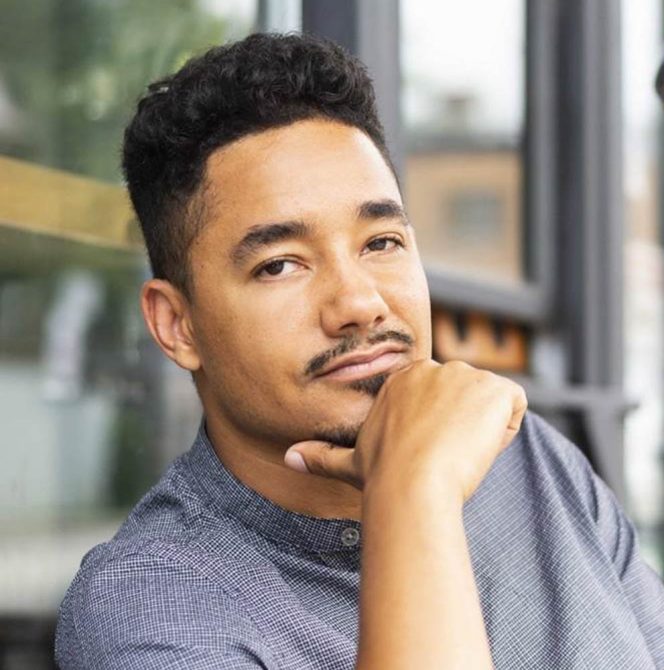 Kofi is the Co-Founder of Monumental, a new start-up focused on helping organizations work towards an equitable recovery from COVID-19. He is a Senior Fellow at the Wellesley Institute, an Adjunct Professor with the University of Toronto, and a Rhodes Scholar with a Doctorate in Politics from Oxford University. Dedicated to community and youth advocacy, Kofi has been recognized in 2017 as the winner of the Jane Jacobs Prize and in 2018 as a Rising Star in Toronto Life’s Power List. 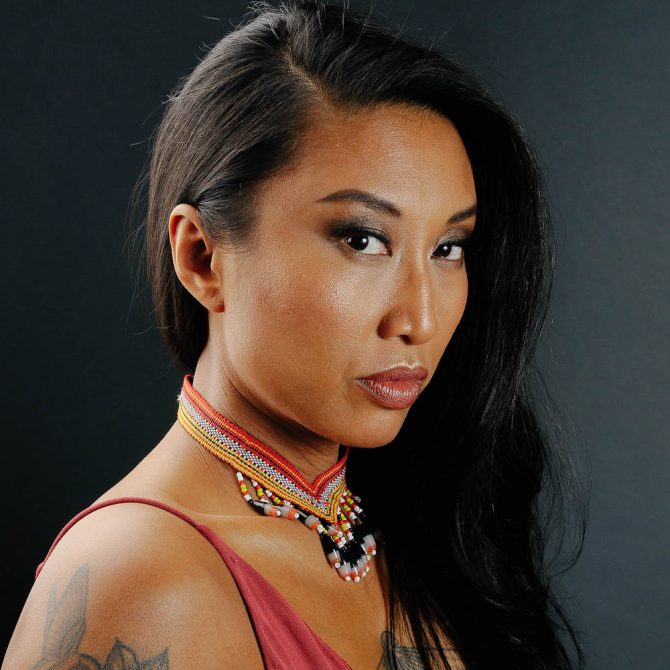 Catherine is the outgoing Artistic Director of b current performing arts, and the award-winning author of Scarborough and Crosshairs. Scarborough the novel won the Jim Wong-Chu Award for the unpublished manuscript, was shortlisted for the Toronto Book Award, Edmund White Award for Debut Fiction, Evergreen Forest of Reading Award, Trillium Book Award and longlisted for Canada Reads. Catherine’s work as an educator empowers artists who sit at various intersections of oppression to know their stories matter. 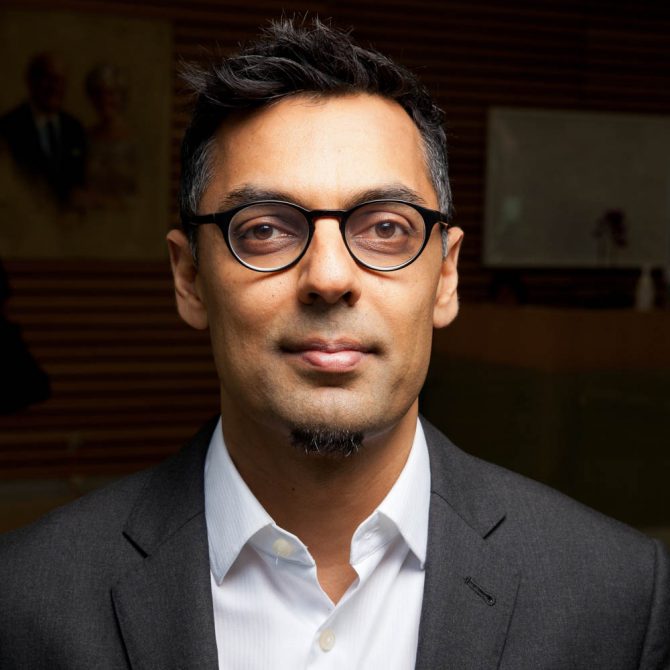 Kamran is the Founder and CEO of BlueDot, a social enterprise dedicated to strengthening global readiness against dangerous epidemics by harnessing the vast potential of big data and information technologies. Kamran is also a Professor of Medicine and Public Health at the University of Toronto, and a practicing infectious disease physician. Through his role at BlueDot and as a professor, Kamran works to build greater resilience to the threats posed by infectious diseases. 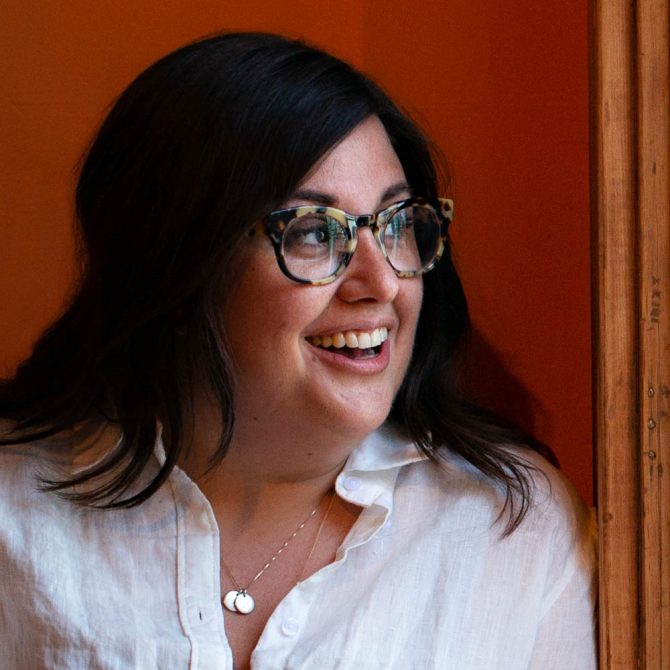 Amanda is the Founder and CEO of The Workaround, a parent-friendly workspace with childcare in Toronto. She is also the author of Day Nine: A Postpartum Depression Memoir. She has been named an Inspirational Speaker in Forbes Magazine and her work has been showcased by The Toronto Star, CP24 Breakfast, CBC, The Associated Press, Toronto Life and more. Amanda has been awarded the Toronto Community Foundation Vital People Award for her work with women and technology and is an active advocate for universal childcare.

Interested in attending one or all of the TEDxToronto digital events? You can purchase a season’s pass for the entire series here.

Or better yet…enter for your chance to win a free pass here.

We’ll see you at TEDxToronto! 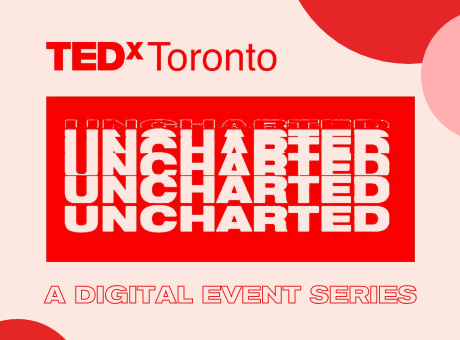