Here’s What Students Who Get the Best Jobs Do Right

Is there one thing students can do to land the best jobs in the market? We asked CIBC’s HR guru to find out.

This interview was originally published on May 8, 2017.

Why do young people struggle so much to land their first job?

Yes, there are a lot of macro factors. The economy isn’t stellar. The job market is more competitive than it’s ever been. Higher education has become a bare minimum, rather than a distinguishing factor.

But that doesn’t change the fact that some young people and new grads are getting the best jobs on the market. Really, really cool jobs at places most of us only dream of working for.

It became clear that those young people had some advice for navigating the system. So we began asking them just how they did it. And while we heard some great stories, tips and tricks, we quickly realized that we were only hearing one side of the story.

To get the full perspective, we needed to start asking the people who actually do the hiring—those magical gatekeepers who stand between you and those best jobs, that coveted full-time employment: HR Recruiters.

Stephanie manages a team responsible for recruiting talent for CIBC’s 13 leadership development career programs, as well as their co-op opportunities and summer internships. All-in-all, they recruit about 1,200 students in a given year.

To put it mildly, Stephanie knows a thing or two about how students can master the application process, nail an interview, and land themselves the best jobs. And that’s why I sat down to pick her brain. 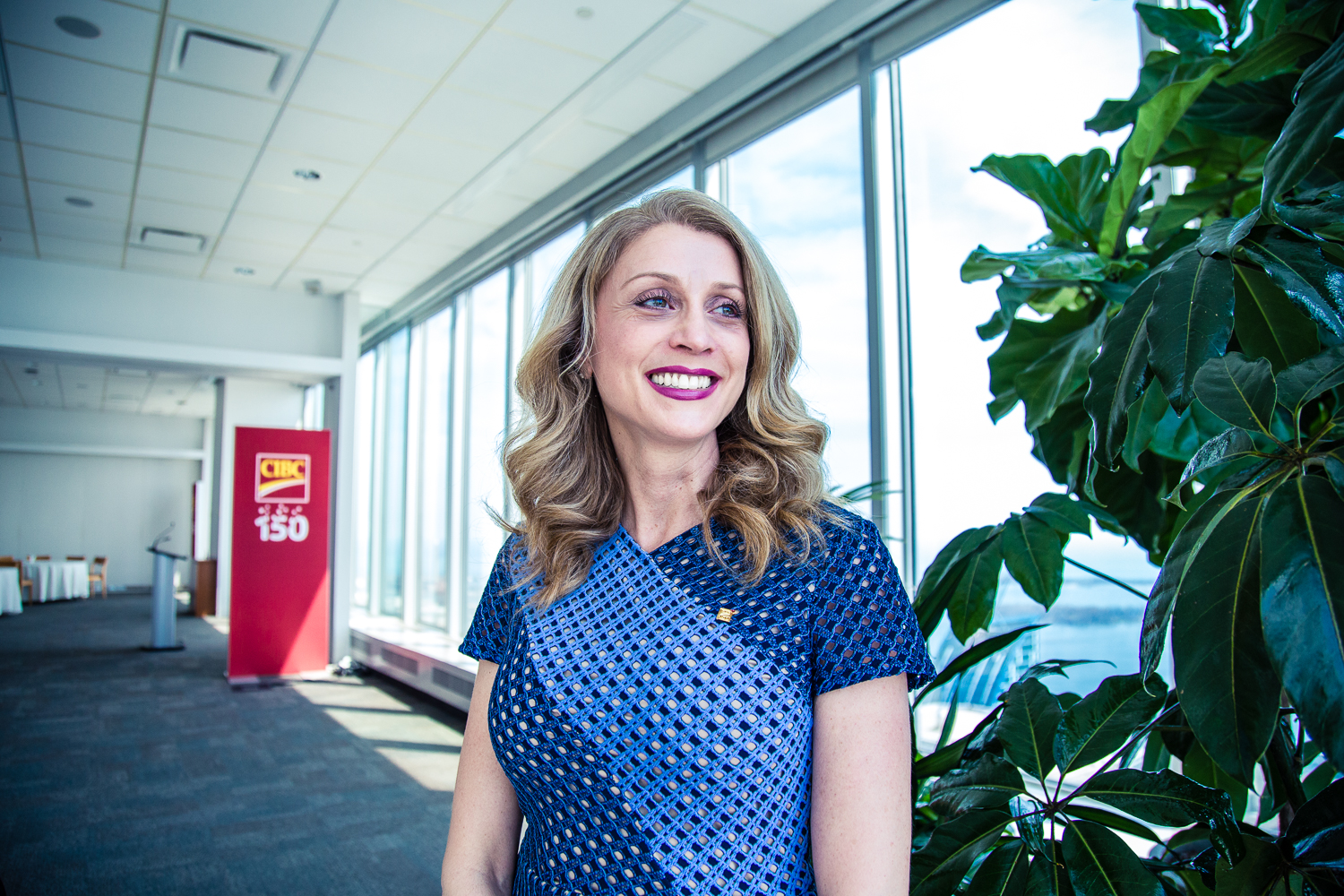 “We know the candidates all have a great GPA, so how do we differentiate candidates from one another?”

What does a good candidate look like to you?

We have values here at CIBC of trust, teamwork and accountability and so when we’re recruiting candidates we look for those attributes in the previous roles that they’ve held, or through their volunteer work and community engagement. We don’t have room for egos here, so teamwork is one quality that we proactively seek out. We want to recruit candidates who would be a cultural fit for us.

Haha, yes to all of those. The resumes are all templated and they look and feel the same.

You have to have a compelling resume, one page, two maximum. Be clear on what your skills and accomplishments are. But I would say focus on your community involvement and volunteer work, because recruiters want well-rounded individuals—a balance of EQ and IQ, as opposed to just academic qualifications. We know the candidates all have a great GPA, so how do we differentiate candidates from one another?

As an organization, CIBC is focused on giving back to our communities, so for me, it’s their extracurricular activities. Do they volunteer in the community? Are they on any boards? Are they members of any associations at school?

Your Foot. The Door.

Is applying directly through a jobs portal still the best way to get in for an interview?

I pay particular attention to our referrals.

Of course, it’s all based on meritocracy, but when you have 300 applicants for a position, that you need to sort through, and somebody has the right qualifications, and people who I trust in my network are telling me they’re going to be a great fit, they’re prioritized. I’d say referrals, for me, have always been a good source of talent.

“I get so a many invitations on LinkedIn, and I actually admire people who reach out and say, “This is who I am, these are the skills I bring to the table, is there an opportunity for me at CIBC?””

What if you don’t know anyone in an industry? How do you get your foot in the door?

I would say social media is a great way to expand your network. I get so many invitations on LinkedIn, and I actually admire people who reach out and say, “This is who I am, these are the skills I bring to the table, is there an opportunity for me at CIBC?”

Have you ever given anyone an interview based on a person just reaching out to you?

Absolutely. Because that takes courage. Look, the worst that can happen is they don’t acknowledge the e-mail and you’re no worse off. You have that opportunity now to engage in different ways, so leverage it.

What do you think is the biggest mistake that students and new grads are making in their initial job search?

I see a lot of candidates who are not being their authentic selves. And when I see that, I automatically question if they would be a good fit for CIBC, because they’re trying to be somebody they’re not.

So I’d say be your true self, be authentic—but I would also say that they should take more risks. Be open to roles that you wouldn’t traditionally think would be a role that aligns with your career aspirations.

And I’ll give you an example, to secure a role at CIBC as a customer service representative, you need cash handling experience and you need to have some client service experience. So we recruit candidates from Tim Hortons, from McDonald’s, because those are candidates who have cash handling experience, who have client service experience, they’re accustomed to high volumes and they’re dealing with the public all the time. Those are candidates who have transferable skills that align well with what we hire for at CIBC. 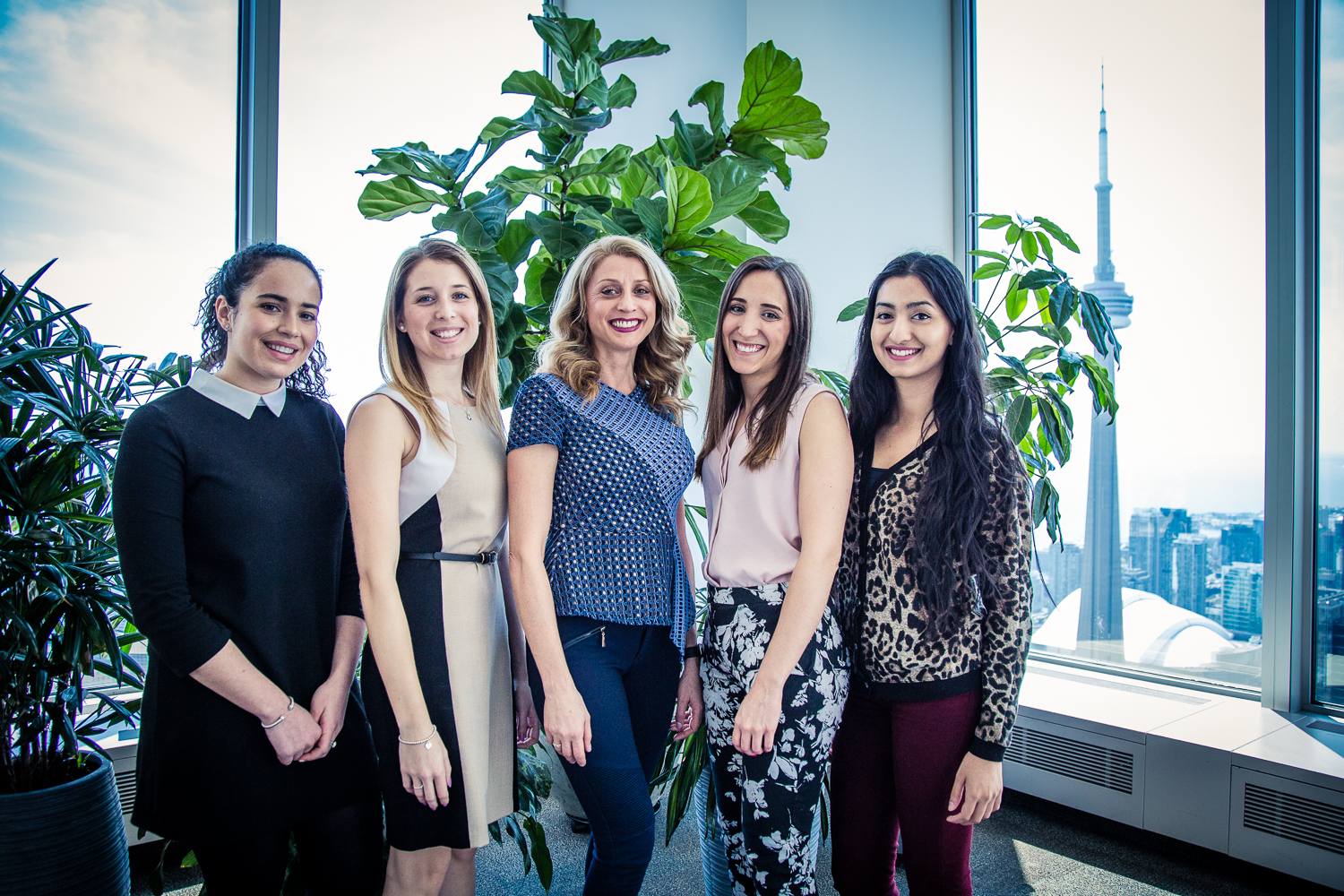 “If someone has that hunger and that passion to succeed, they’ll learn the skills.”

What do you see students struggle with most?

One of the things that I see when I’m at events, is [students’] ability to network. Especially for those who are more introverted—I purposefully go talk to those students. Because you know that they’re struggling to come into a conversation, and join a group and have their voice heard. You definitely need to get better at selling your story.

Is there a way for students and new grads to learn to sell themselves better?

With any skill, you need to train or practice at it. But I would say students need to be their authentic self. Again, if you’re authentic, it’ll shine through in the interview. I can tell when students are scripted. They prepare for the behavioural type questions that they know are going to be asked, and then they get stumped when I ask them a question like, “How would you describe yourself in one word?” or “how would you describe your personal brand?”

The only way you get better is by rehearsing. One thing I do with my team is have them write out their pitch—write out your elevator pitch and then rehearse it and practice it. You only get better with practice.

What makes a person stand out in their interview?

I would say passion. Someone who comes into the room and is really passionate about joining the organization. Passionate about the experiences they’ve had. Because passion and enthusiasm are contagious.

I have a saying, “Hire for will, train for skill.” When someone has the willingness to learn and has a hunger to be good at what they’re hired for, the skill will come. If someone has that hunger and that passion to succeed, they’ll learn the skills.

Everybody has a high IQ. That’s table stakes. So we look for the EQ because that’s also important, but one of the things that I particularly look for is called ‘the curiosity quotient’.

“Somebody who has a high curiosity quotient is somebody who is constantly learning, who challenges the status quo, has a high degree of comfort dealing with ambiguity.”

So if there’s one thing I look for in candidates, it’s curiosity. Somebody who has a high curiosity quotient is somebody who is constantly learning, who challenges the status quo, has a high degree of comfort dealing with ambiguity. When you have someone who demonstrates those skills, they automatically raise the bar for others. Because they’re operating at a level where they’re constantly trying to be better. They are constantly striving and as a result, they up their own game and the people around them.

One of my favourite questions I ask this at the end of my interview is, “how would you describe yourself in one word?”

When someone describes themselves as “curious”, they’re asking questions, they’re wanting to learn more. And in my view, that’s the best attribute a candidate can demonstrate.

Your Cheat Sheet: The 7 C’s to Career Advice.

At the end of the interview, Stephanie gave me a little cheat sheet to summarize everything we talked about when it comes to landing the best jobs as a student. (I’m still not sure if she had this prepared ahead of time, or wrote them down as we went—I wouldn’t put it past her, Stephanie is kind of awesome like that.)

Career Centres
Leverage them to help you with your job search and identify opportunities.

Culture
Make sure the organization you’re applying for aligns with your own personal values.

Community
Make sure you include your community engagement on your resume— as well as other factors that differentiate you from other candidates.

Care
Be passionate about what you want to do and the role you’re applying for.

Clarity
Be clear on what you want, who you are and what your goals are.

READ MORE: Find additional student resources on how to hack your job hunt with actionable advice on landing the best jobs.