A Perfectionist Explains Why You Should Embrace Failure

I want you to imagine yourself in my shoes for a second.

You’re 20 years old and it’s the summer between your third and fourth/final year of undergrad. (For a lot of you reading this, that’s probably easy to imagine because you’re there right now.) You have what you think is one of the best summer jobs possible, and you get to work directly with a career mentor—someone you look up to.

Oh yeah, and you’re a perfectionist. A big one. It’s helped you a lot in your career.

When I look back now, it doesn’t seem like a failure at all…

Now that you’re properly situated, let me tell you about a failure I had in my career. When I look back now, it doesn’t seem like a failure at all, but that’s precisely why I’m choosing to tell you about this one—because when it happened, I was at a point in my life, similar to where you are now, where every misstep felt like the biggest deal.

During that summer, I had the privilege of working for Ryerson University Student Affairs and more specifically, for a boss who was a career mentor and teaching me a lot of what I use to this day in social marketing and storytelling. 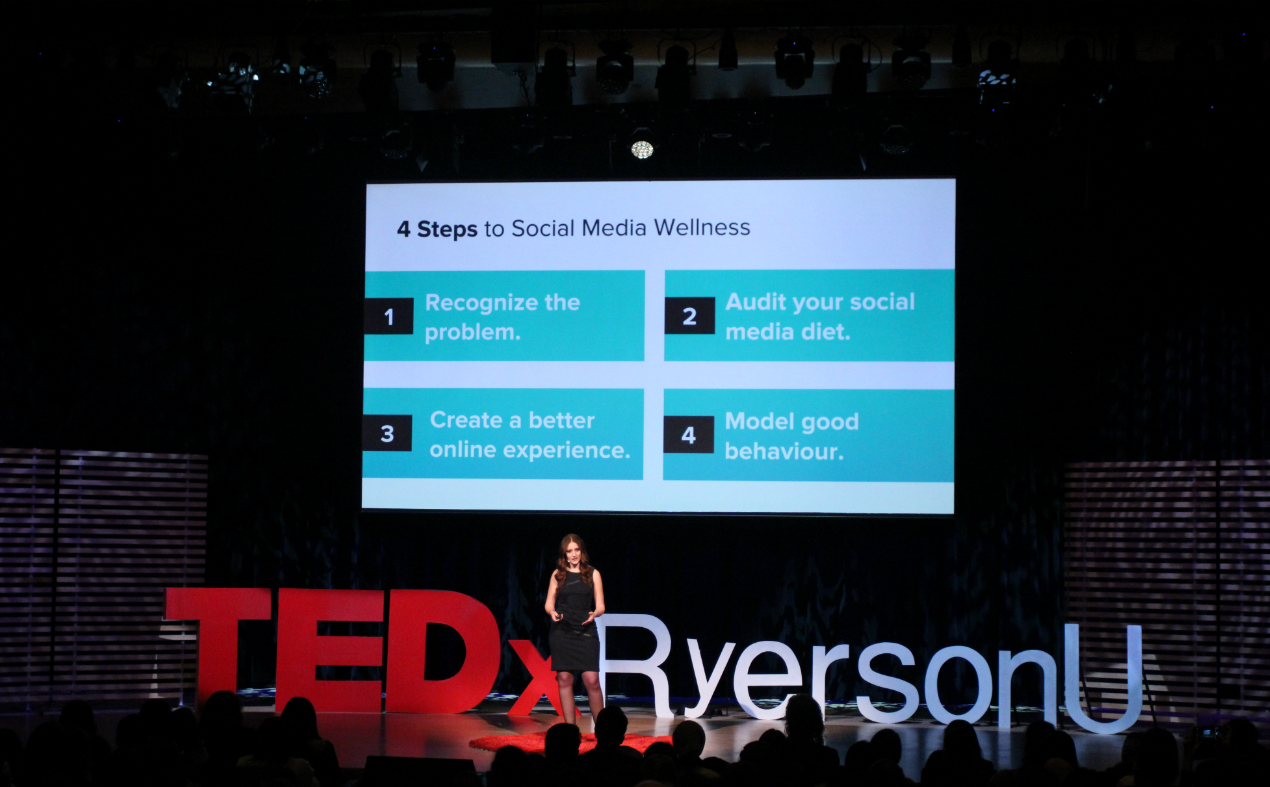 My boss was very well-known for his work and respected in the higher education industry as being one of the people leading the charge and bringing digital student engagement to the space. He was also becoming a revered public speaker. In fact, he showed me that speaking for a living—telling people your ideas in an engaging way—could actually be a job. Ever since, I’ve known speaking would be a bigger part of my life and career.

This was my chance to put all my skills to work and to start building my speaking career.

It still is the perfect combination of what I liked about broadcast journalism, what I liked about education, with an added touch of performance. So, you can imagine my excitement when this boss invited me to co-present with him on digital student engagement for one of the other departments at the university. As Sheryl Sandberg would say, I leaned way in, and said, “yes.” This was my chance to put all my skills to work and to start building my speaking career.

Now one thing you need to know about me is that I was a perfectionist, and prior to that offer, had found great success in my work in social marketing and in broadcast journalism, but I was still young. I was going to be speaking about my work. That would be easy, right? Well, wrong… obviously.

My boss and I gave that presentation. We received a lot of positive feedback after. I thought it went well. My boss thought differently. As soon as we left, he said to me:

“That was a 6 out of 10. I lost count of the number of times you said ‘right?’ and other conversational mitigation. If you ever do that again, I will never let you present with me again.”

If you’re a fellow perfectionist, you know how soul-crushing this sort of feedback is. I was embarrassed that I did not perform well and ashamed that I might have embarrassed him. It was very unlike me not to do well. I was shocked.

This was when I learned one of my life lessons; embrace criticism and feedback.

After letting the feedback ruminate for a couple days and reflecting, on what I did wrong, I decided to stop wasting my time guessing, and just go ask my boss what I could improve, and how. He was very constructive and gave concrete examples and strategies for improvement.

This was when I learned one of my life lessons; embrace criticism and feedback. Very often, you’re only going to hear only the good feedback. Generally, kind people in the audience are not going to come up and tell you, “You sucked.” In order to to be better, we must be open to critical feedback, and in fact, may need to seek it out (something I still practice).

After that interaction with my boss, I became motivated to be a better speaker and got to work. Fast forward. I now speak and teach for a living. I’ve generally lost all conversation mitigation (umms, ahhs, rights, likes, etc.) and I have worked hard on reducing the upward inflection at the end of my sentences that makes everything sound like a question. I practiced a lot.

What I believe is more important is how we bounce back from failure.

If you’re feeling that same stress right now, remember that everything can work out just fine, if you make it that way. The other side of embracing criticism requires the golden skill of resilience. We always want to focus on how people have failed, but “failing” looks different for everyone. What I believe is more important is how we bounce back from failure.

This very act of bouncing back and learning from failure is resilience, and this is needed to healthily embrace criticism. Coincidentally, that same boss is writing a book on burnout and resilience to be released later this summer.

Start cultivating these skills now, and I believe you will be able to conquer any “failure” that comes your way.

Bailey is ranked one of Canada's Top 100 Most Powerful Women. She's the Founder & CEO of SkillsCamp, a public speaker, personal branding expert, and an award-winning digital marketer. We assume she doesn't get much sleep.