Being Twitter Famous is Not as Awesome as You Think

“People who you don’t know and don’t have communications with say things about you. It’s a strange thing.”

As a competitor on University Challenge (a popular British quiz show), Eric Monkman knows a thing or two about Twitter fame.

And studying for tests. To be competitive on the show, Eric had to recall information on everything from Egyptian topography to defunct currencies. The economist by way of Waterloo University had to know it all.

At one point, Eric became so popular in the U.K he began trending on Twitter, under the guise of #Monkmania. Known for his intense focus and the signature scowl that the media honed in on, he became one of the most memorable contestants in recent years. 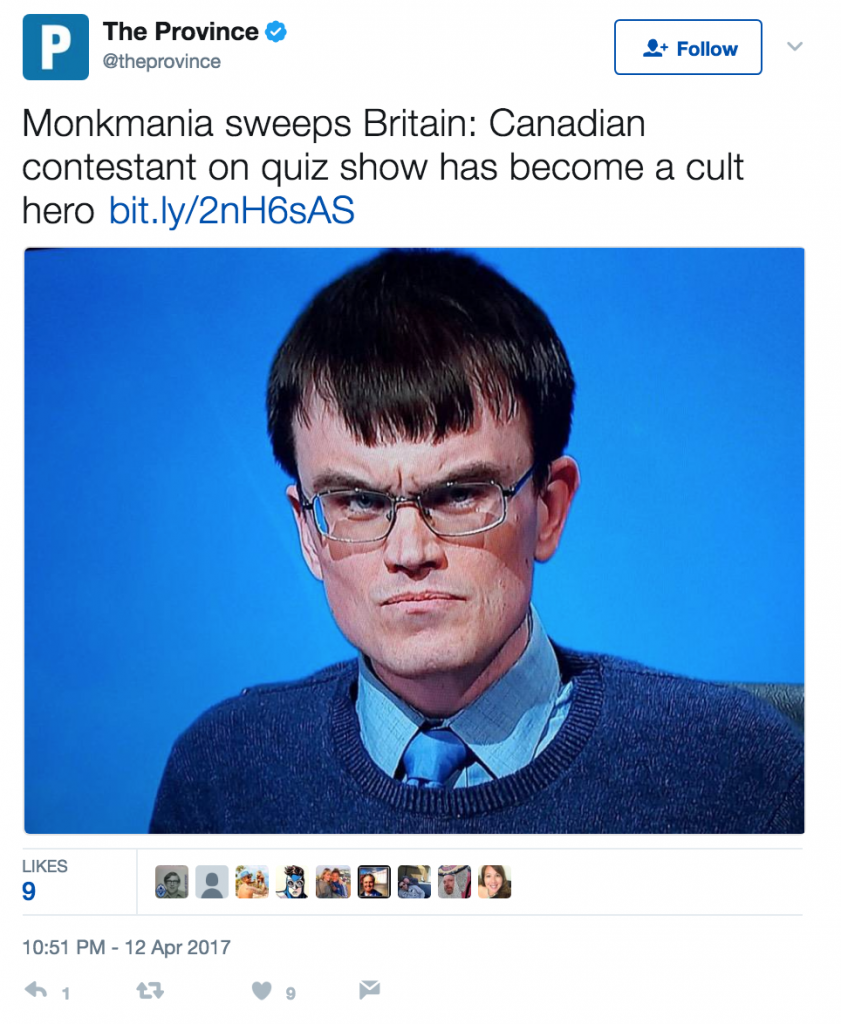 See what we mean?

In this interview, we find out how Eric felt about the sudden limelight of #Monkmania. Eric also reveals to us why memory retention is more than just memorization (a nod to his experience on quiz shows), his love of reading, and natural curiosity. 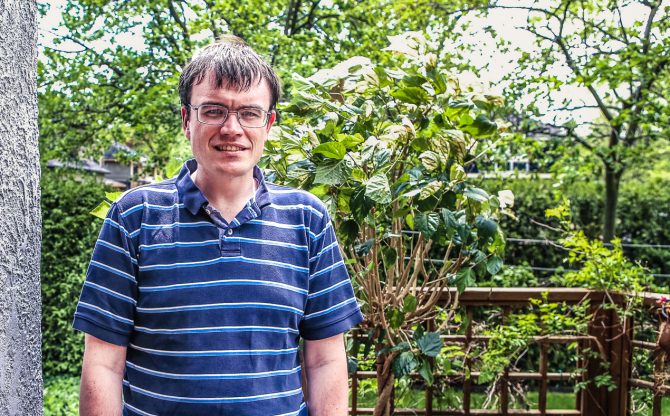 After your initial appearance on the show, you blew up on social media. What was that like, having others commenting on you as a person?

At first it was strange having people you don’t know talking about the things you do, for example the way I speak or what I said on a specific episode. You don’t feel in control of things when that happens. People who you don’t know and don’t have communications with say things about you. It’s a strange thing.

The other thing I found odd was this feeling I had like it was happening elsewhere. Like, it was happening in the U.K but nobody here really knew what was going on. It was this weird feeling of being interesting online but being routine in daily life.

How many opportunities do you have in your life to make people happier?

But eventually as it happened more and I realized people enjoyed seeing me, I felt very honoured that people connected so much with me. How many opportunities do you have in your life to make people happier? And I think that was one of best things about that experience, was being able to make people happy or excited while being able to compete in something that I love.

In preparation for University Challenge, you had to take in, break down and recall a lot of varied information. What were some of the techniques tips or tricks you used to help yourself recall information quickly?

Some people will get a list of things, rivers in Europe or famous paintings and so on. That’s not something I did much (maybe for currencies of the world and that’s about it). So most of my actual knowledge comes from having read a lot.

In terms of playing well on the show, a good way to get ready for it was to play the format as much as you can. I would watch a lot of old episodes and play along, and actually hit the table when I knew the answer, trying to answer it before the teams on the screen. That gets you used to hearing a question. Because I didn’t really know where the questions were going, so it was deciding on ‘Where is the question is headed?’ and taking that risk, putting out an answer before someone else answers it.

Huh, that’s a really interesting way of looking at it…

Well, in a show like University Challenge, the questions are usually what are called parameter questions. So they’ll start off with a very big or obscure piece of information and they’ll get less obscure as the question goes on. Once they get to the end, somebody who knows a little bit about the subject is likely to get the answer. The trick is hearing a first bit of the question and taking a calculated risk in providing an answer.

So what’s your advice for students looking to retain information better when studying for midterms or exams?

I’ve taken courses where a lot of it is based around memory retention, and for those it just came down to reading the content and just breaking down the information into digestible chunks and connecting certain information to something easily remembered.

Figure out what other students are doing in this course to study, and try what they’re doing

But I’ve also taken courses where it’s a lot of situational problem solving, and for courses like that it’s come down to repetition and solving similar problems over and over again, tweaking them for different variations. Students should tailor their study habits to the courses they’re taking and figure out what other students are doing in this course to study, and try what they’re doing. See what works for you.

When it came to training for University Challenge, did it help that you’ve had experience on other trivia shows?

Well obviously practice [Eric’s been on the Canadian quiz show, Reach for the Top, before] always helps but really understanding the format of the show is crucial. Also having experience being on television and understanding what it’s like to be in that situation is a helpful thing.

You have this curiosity with the things around you as well as a love for reading about a variety of interests. Where does that stem from?

It’s hard to say, but I did have parents who were very encouraging about my learning and I did grow up in a home with a lot of books, and an access to knowledge that I think was just always prevalent. We talked about things we read in the newspaper and it just worked its way into my childhood.

You went to school for economics; tell me where that passion began for you?

I was originally interested in science, and I became interested in economics fairly early on after reading about human societies, and how they’ve developed. Why are certain countries rich while others aren’t? Why is the world the way it is? These were all very interesting questions that I wanted to explore more. I found that the ways in which the world works started to make sense when studying economics.

It was this sentiment of wanting to make people happy in whatever he decided to do, that I really took away from our time together.  This idea really came together when I put to him the question of what was next for Eric Monkman. He gave me a small smile, paused for a moment to gather his thoughts and directed his wide attentive eyes my way. “Perhaps some writing for various places, or pursuing a career in economics, I’m not really sure at the moment. But as long as I can make people happy while doing what I enjoy, then I’m perfect.”

When he’s not drinking copious amounts of coffee or reading books, you can find Devin wandering around Toronto taking photos of things that interest him. You can catch him on both Instagram and Twitter @milkshks