That was my reaction when I found out that Gurbir Dhulla, a friend of mine from high school, had been offered a full-time Software Engineering position at Facebook.

Gurbir received the offer after finishing his third of four internships taken during a year off from school. By the end of the 16 months, he had full-time offers from every place he worked at. How did he do it? I sat down with him for a chat to try and figure it out.

You’ve done a bunch of internships, do you mind walking me through a timeline of them all?

Yeah, sure. So, my first co-op was after second year. I tried really hard and I got a job at BlackBerry. I worked there for four months, came back to school, and after that I realized that I needed to set myself apart from everyone else. So I decided to take a year off of school and do four 4-month internships in a row.

There are so many opportunities specifically designed for first year engineers.

After first year, I didn’t even apply for a co-op. Looking back, I really think I should have. Now that I’m in the field, I realize that there are so many opportunities specifically designed for first year engineers. And the sooner you start, the more of an edge you get over the other people in your program. You should start as early as possible.

Taking 16 months off of school must have been a tough decision. Did you have all four internships lined up already?

No, I didn’t actually. Just the Vancouver one (Hootsuite). Around the same time, I got the Amazon interview, and they offered me a job as well. So I got that, and that’s when I decided to do four 4-months in a row. Every 4 months when I started a new job, I would also start looking for the next job. It was hard, but there are a lot of jobs out there. You just have to keep trying and working hard and you’ll find something for sure.

Every new place you go to, you should introduce yourself. Make those lasting connections.

Here’s the thing: 95% of people who do internships go into it thinking, “Oh, I’m gonna learn this new thing!” The reality is they’re not. 95% of people are gonna do the same stuff they already know. That’s the reality of it. So what you’ve gotta do–how you make the best out of it–is focus on making new connections. That’s the most important thing. Every new place you go to, you should introduce yourself. Make those lasting connections. That’s what’s gonna help you in the future. 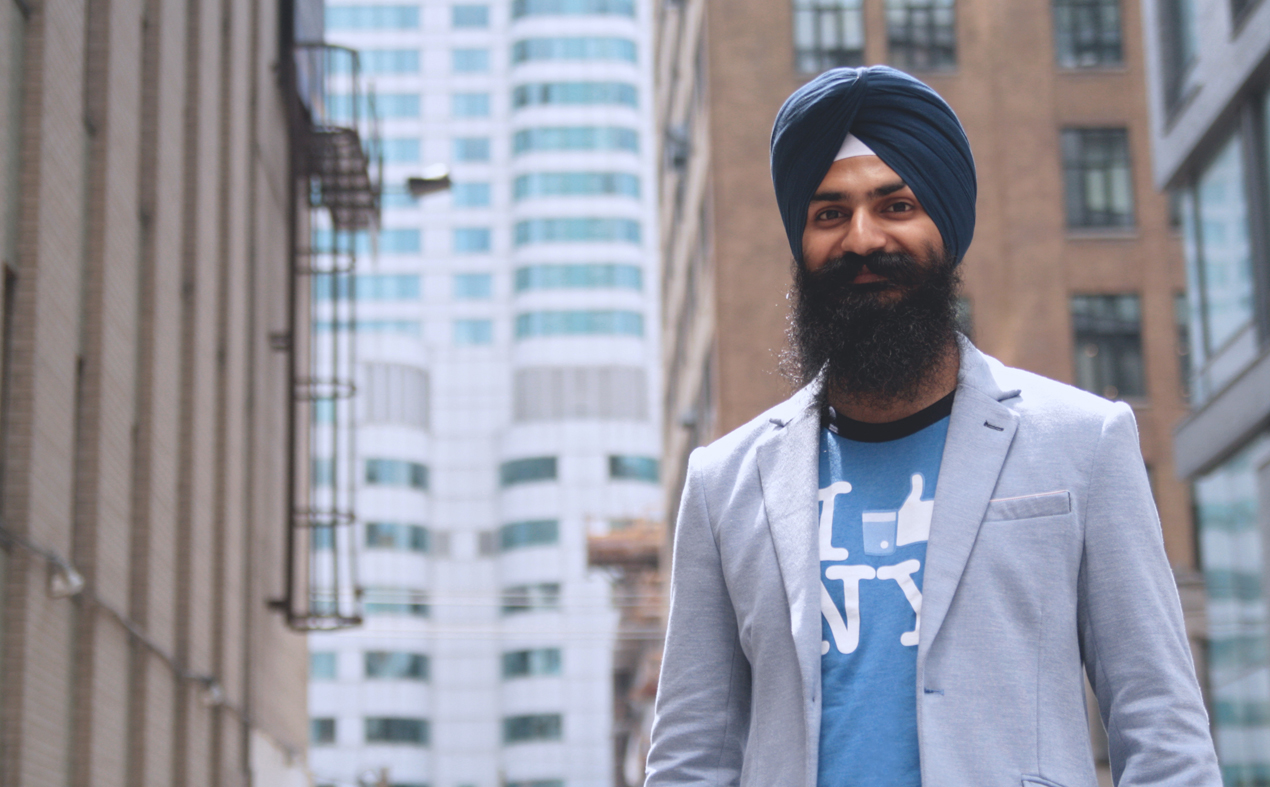 So if you know someone– again, it all comes back to those connections that you make–it’s almost guaranteed that they’re going to look at your resume and give you a phone screening.

Did you use any of the connections you’d made to get your interview at Facebook?

No, this one I just applied to directly. It was during my Vancouver internship and I hadn’t made many connections yet. The funny thing is, I just applied and got a call, which is not very common. But it reinforces the fact that these companies have very effective and fair recruitment processes in place, and they work!

It’s definitely not a “requirement” to have a connection at any company to get an interview, but if there is someone who can refer you and vouch for your technical skills and work ethic, it can go a long way. So if you know someone– again, it all comes back to those connections that you make–it’s almost guaranteed that they’re going to look at your resume and possibly give you a phone screening.

Those social skills and all that networking really come in handy.

It does, yeah. It plays a huge, huge role. That’s one thing that I tell everyone. There are still companies that hire purely on technical skills, but those are becoming more and more rare these days. A lot of companies are looking for people who fit in with their culture.

Technical abilities can be taught, but you can’t really teach someone how to talk or socialize.

Let’s say you go in for an interview somewhere and your future manager is interviewing you and one other person. You’ve got to realize: the other person might not be as technically sound, his algorithm might not have been as efficient as yours, but the manager is thinking “which candidate would I like to have a beer with after this?” Because he’s gonna spend the next two to three years with that person.

Technical abilities can be taught, but you can’t really teach someone how to talk or socialize. That’s something that comes naturally. So a lot of managers think, when they’re unable to make a decision, “I like this candidate better because I feel like I can hang out with him every evening.” That’s what it comes down to.

Was there anything special you did throughout the internship to get your full-time offer?

I honestly just did good work. I met all the expectations they had for me and more. Some of the things that worked in my favour: first of all, I actually completed my project. It was a really successful project. The COO of Facebook, Sheryl Sandberg, took a look at my project and she was really impressed with it. (That was the highlight of my internship.) I managed the project from the start to the end, and it actually launched to the public shortly after I left.

We’d also have frequent meetings with other team members and I’d make sure I provided input with useful suggestions. I’d tell them what I was thinking, what could be a better way of doing things. I took initiative. Those kinds of leadership qualities are what they look for. If you can work independently, if you can manage your own project, if you take initiative and show leadership skills. Those are the kinds of things they’re looking for.

Be that guy who’s making connections, talking to everyone. That’s how you make the most out of your internship experience.

That’s amazing! Finally, throughout all of this, you’ve got a bunch of experience and worked in so many different places. What was your biggest mistake along the way?

I feel like my biggest mistake was during the BlackBerry internship. Maybe it was my first co-op and that’s why, but I didn’t feel like my team members were very welcoming. So I just kept to myself, didn’t make many connections there. But that was my mistake, because it was my responsibility to reach out to them and make them feel more comfortable.

It comes back to this: you just need to be more social and get out there. Be that guy who’s making connections, talking to everyone. That’s how you make the most out of your internship experience. You’re only there for 4 months, so you really want to put yourself out there and enjoy it. It’s only 4 months. Not a lot can go terribly wrong, haha.

Rakesh Mistry is a Software Developer from Brampton who doesn't claim to be from Toronto. He's pretty sure he can recite the entire script for the Monorail episode of The Simpsons from memory.