I Conquered My Anxiety To Help Save Ocean Wildlife

Illustrations by Shannon Walker . Photography by Carolina A. Castro

A story of overcoming anxiety, fear and rejection, and chasing your dreams on the open water, by Shannon Walker.

I was never the type of person to follow my dreams. Instead, I spent plenty of time floating. I would focus on my day-to-day routine rather than create long term plans. When I graduated high school, I felt lost in a sea of options.

With the time constraints of university applications, I watched my peers make their own decisions. My anxiety bubbled to the surface. I blended in with the crowd and found myself at Concordia University. It’s not that I regret receiving a Bachelor of Fine Arts, but if I had communicated my confusion prior to attending, I would’ve explored other options. 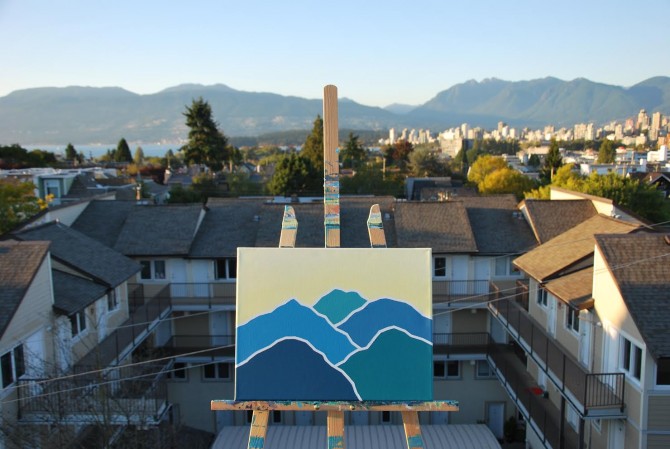 What it all came down to was that I let fear control my life. I constantly worried about how my choices would be received by others.

I’ve been out of university for the past few years and have spent much of this time reflecting on why I rushed into a degree. What it all came down to was that I let fear control my life. I constantly worried about how my choices would be received by others. I was hesitant to communicate my true ambitions because I was so afraid of being judged. I convinced myself that everyone had negative perceptions of me, and I let those inexistent opinions control my behaviour, to a point where I felt paralyzed in a life that I didn’t want.

In some cases, fear forces us to make rash choices but in my case, it held me back from making constructive decisions.

By beginning to open up to others, I was finally able to break some mental barriers and focus on creating goals for myself. I soon realized that no one was judging me — quite the opposite in fact, everyone was supportive, responsive and positive. I learned how to escape my fear-controlled mind and focus on what I really wanted to do; protect animal and environmental rights.

Then before I knew it, I was submitting an application to crew on a Sea Shepherd boat.

All I heard from others was that they received “thousands of applications” and I had no marine, engineering or media experience to boast of.

Here is where fear comes into play again: the fear of rejection held me back from applying to Sea Shepherd for many months. All I heard from others was that they received “thousands of applications” and I had no marine, engineering or media experience to boast of. Despite the doubts in my mind that used to hold me back, I bit the bullet and finally sent in my application. As cliche as it sounds – what you put into the world, is what you get out of it. By talking through the process, I was actually able to visualize myself reaching my goal and within the month, I was accepted to crew aboard the R/V (research vessel) Martin Sheen. 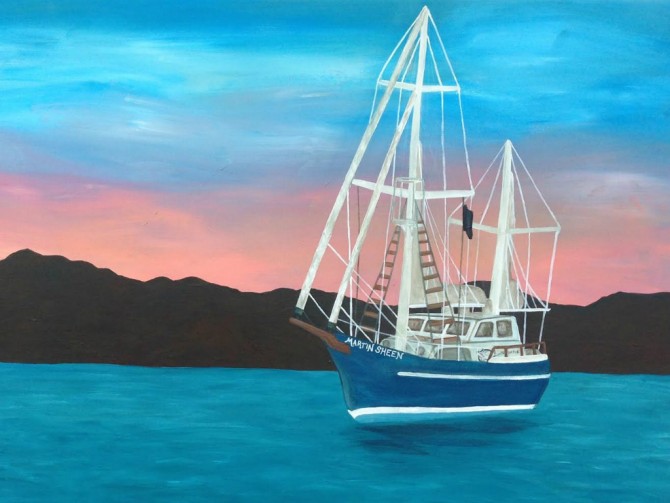 There’s nothing scarier than traveling to a foreign country to live in small quarters with a group of people that you don’t know… yet.

Sea Shepherd is a direct action, ocean conservation organization that is more famously known for the reality series, Whale Wars. The show was one of my favourites growing up. I envied the crew’s abilities to make a tangible impact protecting animals and their environments. The organization itself is much older than the show — founded in 1977 by Captain Paul Watson. Currently, Sea Shepherd has 8 boats all over the globe, participating in various campaigns that defend marine life and their ecosystems.

I traveled down to Mexico joining the Martin Sheen for Operation Milagro II in January 2016 for a 4-month long campaign. The Martin Sheen is an 81-foot, ex-charter vessel, and it is definitely the most luxurious Sea Shepherd boat in the fleet. My welcome package told me to bring steel-toed boots, but on the Martin Sheen you don’t wear shoes at all. It’s bad for the wood deck.

There’s nothing scarier than traveling to a foreign country to live in small quarters with a group of people that you don’t know… yet. The crew of the Martin Sheen ranged between 5 and 11 people, but the majority of the time there were 6 of us. After just a couple of days, I finally felt like I was where I belonged, with a group of like-minded individuals who taught me that I’m perfectly lovable just the way that I am (because everyone’s a weirdo). I never would’ve gotten there if I hadn’t relied on the support of my friends and family to switch gears and start a new journey for myself. As individuals, we sometimes glorify our independence – thinking that leaning on others is a sign of weakness. This experience taught me that in order to succeed, you have to depend on your community. Now my community has grown to include the wonderful individuals that I got to spend time with on the Martin Sheen too.

The campaign had one porpoise, and many purposes.

It all sounds like fun and games so far, but the crew went through some traumatic and dramatic events with each other. The campaign had one porpoise, and many purposes. Operation Milagro II took place in the northernmost part of the Sea of Cortez in Baja California. Our main goal of the campaign was to defend the Vaquita Marina, a porpoise (part of the cetacean family) who is the most endangered marine mammal in the world (and also probably the cutest).

The Martin Sheen worked hand-in-hand with our partner in crime (or partner against crimes), the M/V (motor vessel) Farley Mowat to remove illegal fishing gear from the Vaquita’s habitat. The Vaquita’s population is hovering so close to extinction because of the illegal poaching practice of Totoaba, an endangered type of sea bass. The Totoaba are caught for their swim bladders, which like rhino horn and shark fin, can be sold on the Chinese black market from anywhere between $5,000-$10,000. The Totoaba’s swim bladders are believed to have medicinal properties, which has been disproven by scientists across the globe. The Vaquita and Totoaba populations aren’t the only species affected, as we also discovered humpback whales, dolphins, sting rays, hammerheads and even a great white shark entangled in the illegal nets.

I could probably write a novel about my experience, but I’ll keep it short and sweet for now.

Click here if you’re interested in learning more about the work we accomplished during Operation Milagro II. I could probably write a novel about my experience, but I’ll keep it short and sweet for now. As spring rolled around, the Totoaba began migrating south signalling the end of Operation Miagro II. The Farley Mowat is currently following their migration route to continue patrolling for illegal fishing gear. I have migrated back to Canada but with a whole new appreciation on what I can really achieve. I plan on doing more campaigns in the fall, using my summer in Vancouver to save up some money and spend some time with my feet in the grass.

Whether you’re fresh out of high school or coming towards the end of your career, I have one bit of advice. If there’s something that you want to do in life, use the support around you (it’s there, I promise!) to communicate your goals. This open communication helps to break down fear, showing you a clear path on how to achieve your ambitions – don’t let your own ego talk you out of trying. We often get caught up in our own thoughts and ultimately live our lives according to a standard that doesn’t actually exist. It only took 25 years, but I’m finally on the path that I dreamed of.

Shannon Walker is a nomadic artist who would much rather be outside (unless it’s too hot). She is a proud volunteer, creative-thinker and wannabe comedian. Her goal is to understand the connections between animal, environmental and human issues. Learn more about Shannon here: artbyshannonwalker.wordpress.com