Breaking the Mold: How I Began My Music Career By Ditching School and Going Door-to-Door

Society holds to this strange notion that the only way to achieve success is to attend post-secondary school. Although this is true for several professions, post-secondary education isn’t for everyone. And choosing a less traditional route does not mean you’ll be unsuccessful in life.

I was one of those people who decided to pursue a nontraditional career route—one that many would say wasn’t the “safe” route. I wanted to become a professional recording artist and songwriter, and I truly believed that school would not have helped me get any closer to my dream. In fact, I feel safer and more in control of my destiny by doing the opposite of what most people think is the secure option.

“I knew what I wanted to do even though everyone told me it would be impossible.”

To me, it’s extremely important to discover your passions and pursue them. Many people just go to college because they think it’s the right step, but in reality, they don’t really know what they want to gain from it or what they want to do for the rest of their lives. There are even graduates who may still be unsure of their careers, and that’s totally okay. But it’s not the way I wanted to go about it, because I knew what I wanted to do even though everyone told me it would be impossible.

I began my music career by going door to door. I didn’t do this because I had a plan, but more so because I was desperate. I was tired of sitting around waiting for things to happen. I was going through one of the darkest times of my life. I lost my grandma to cancer, I didn’t have a job to pay the bills, I was sleeping on my sister’s kitchen floor, and my girlfriend had just broken up with me. I wasn’t happy with the way my life was going, and I needed to take control of it and make a change that would get me closer to my dream. So that’s exactly what I did. I came up with an idea to literally go knocking on people’s doors to sing to them for money. Sounds crazy, right?

By doing that, I felt like I took the bull by the horns and found the power to create my own destiny. My own luck, rather. I knew that if I knocked on enough doors, something good would come from it. Hands down, it was the hardest thing I have ever done in my life. I was rejected more times than most people will ever be in their entire lives. I had people call the police because I looked suspicious walking around with a guitar case. I would often find myself sitting on curbs debating whether or not I should quit and give in to society’s idea of success: going to post-secondary school. Instead, I pushed through and kept going, and I’m so glad I did—one late August evening, I knocked on the right person’s door. It was the door of my current music manager who has since helped me sign my first record deal. 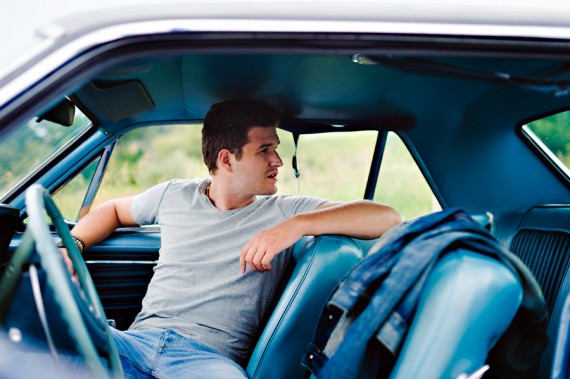 It definitely took some soul-searching and failures to realize what I wanted in life, but thinking twice about going to school helped me a lot. Attending university or college is logical for many who want a career in professional and technical fields, but not mandatory for everyone’s dreams. It certainly wasn’t mandatory for mine.

So how do you make the right choice for yourself, exactly? Decide what you want to do then act on it. Take action. Every action you take creates a reaction. Do nothing and nothing will happen. For some people, going to school could be a great tool to help them achieve their dreams, but it has to make sense. Everyone has a different path to their own success, but you’re largely in control of where you’ll go and where you want to be. The goal is to simply do it! If your dream is to be a dentist, then yes, doing to school is necessary. But if you want to be the next big entrepreneur or start-up, then school won’t necessarily help you accomplish that success. It’s definitely an option, but not always a requirement.

“Attending university or college is logical for many who want a career in professional and technical fields, but not mandatory for everyone’s dreams. It certainly wasn’t mandatory for mine.”

All in all, my road to finding my passion and calling in life was not an easy one. Although I could have gone away to university like the rest of my friends and settled for a nine-to-five corporate job, I knew that wouldn’t make me happy. Upon finding out that I didn’t have a job and wasn’t going to school, a producer handed me this memorable quote: “There’s a saying in the music industry: if you have something to fall back on, you will.” So chase after your dreams. Do something that makes you uncomfortable. Take risks. Don’t conform to societal standards just because you feel that it’s the only way to go. It really isn’t. We’ve only got one life on this earth, so you might as well make it one that you love.

To put it simply, Scotty’s piece inspired the hell out of us. We think it’ll inspire you, too, especially if you relate to his story. Let us know your thoughts in the comments below.

Scotty James is a country musician and songwriter who was discovered by going door-to-door and serenading people. The song he sang to his eventual manager hit #20 on the AC Billboard Chart in Canada, earning him a coveted Canadian Radio Music Award in 2013. His summer EP is now available online and features his debut single, “Toes."

From T2202’s to T4s: Breaking Down Tax Terminology

What do all those numbers and letters and acronyms mean anyway? 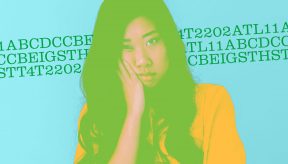 5 Ways to Manage Your Existing Stress, Not Reduce It

Student life is stressful, especially right now. Sometimes it's easier to reduce our existing stress rather than eliminate it completely.