After Graduating University, I Still Feel Unqualified For a Job

Photo by Andre Hunter on Unsplash 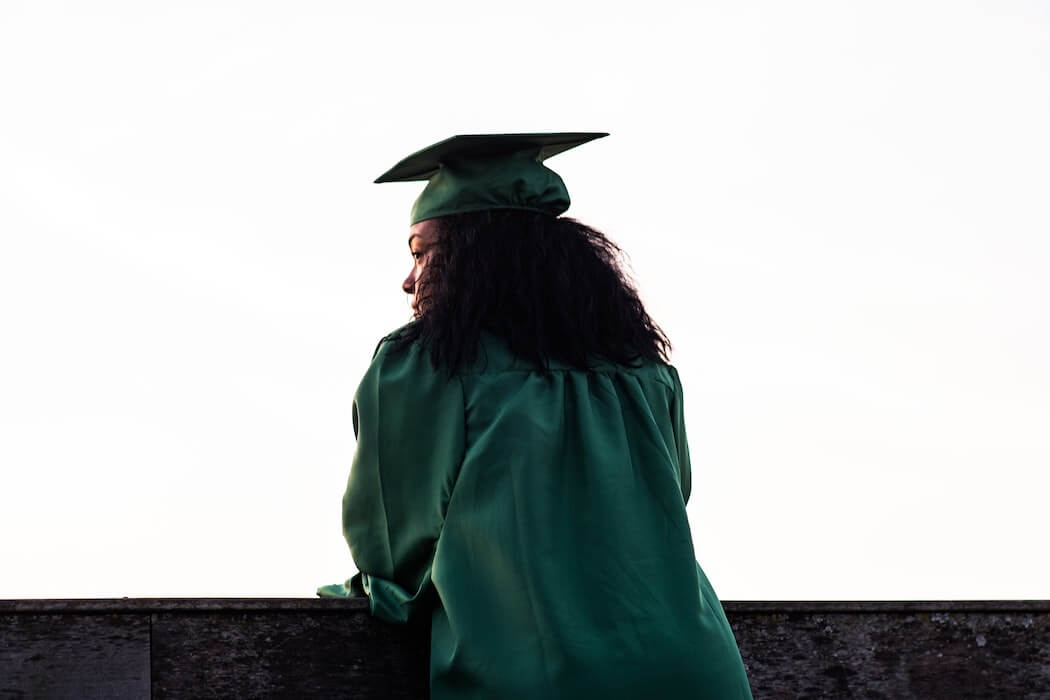 Through a survey, we discovered that 49% of students feel unqualified for a job in their field.

It’s called Impostor Syndrome. And a staggering 70% of millennials have experienced it. I was one of them.

Never heard the term before? It’s a concept that describes individuals who have an inability to internalize their accomplishments. They have a persistent fear of being exposed as a ‘fraud’. This is what happens when we’re removed from a place of comfort and thrown into unfamiliar territory.

The truth is, if you’ve ever felt this before (especially right after graduating from university), you’re not alone.

It’s easy to fall into a trap of not recognizing your own accomplishments. Many of us feel the constant need to “prove something” all while not really having the confidence to do so. A vicious cycle.

Immediately following my graduation from university, I started working for a digital marketing agency. It was a true dream of mine.

It was the perfect job for me at that point in my life. I was only 21, I loved to write, and this was a great starting point for my career. I knew what I was doing, and I was good at it. Even though I was now in “the real world,” the fear that plagued many of my fellow graduates didn’t live within me. I felt comfortable, as some of us are fortunate enough to feel.

“Sometimes I wake up at night and go, ‘Oh, damn! Here we go again!  What were they thinking? They gave me this role; don’t they know I’m faking it?’”
– Renee Zellweger

Despite this, there was something within me that longed for more. A persistent nudge that I had buried down deep inside. It didn’t help that I was constantly looking at everyone else’s LinkedIn and social updates.

Was I moving in the right direction?

Were the pieces of my life falling into place? I constantly questioned myself. After obtaining my communications degree, I knew that I was passionate about more than just writing. I loved to strategize and come up with marketing and communication plans.

Quickly, I began to realize that I wanted to do more than just content creation. But I didn’t have the confidence to pursue “more” just yet. I was constantly looking for my next shot, reminding myself that it was okay if I failed. I was still young and this was expected.

Despite my variety of experience and my specialized degree, I had never been able to really slow down, pat myself on the back, and say “good job.” I always felt as though I “needed to do more,” and I always fell back on the thought that I wasn’t doing enough, or that I didn’t know enough. I was never truly able to internalize any of my accomplishments.

Fast Company described me best: I was a high achiever concealing a dirty little secret. I was a fraud, and my accomplishments were clearly just the result of luck, right?

You might relate to this type of thought process or to not being able to feel a sense of accomplishment, even when it’s deserved.

The truth was that I had already wedged my way into some account management duties. I was helping create editorial calendars and I was constantly asking for more work. It didn’t take me long to decide that I would simply figure things out by myself from here on. It felt foreign—like I said, I felt like an impostor—but I didn’t hesitate.

I started filling out more editorial calendars by myself and emailing clients content for approval before posting on their social media accounts. I ensured that I was meeting marketing deliverables for clients without being told by anyone else what to do or how to do it.

“This is just temporary,” I thought. “I’m just filling in, and soon they’ll hire someone who is qualified.”

There it was again—that nudge. That feeling that I was an impostor who wasn’t qualified for the job. It constantly re-surfaced.

Despite that, the more time passed, the more I began to feel more comfortable emailing clients directly and running with my own ideas. I had taken on account management while still creating all of the content needed for accounts.

I was doing all of the work within a job role that I didn’t expect to have for a few more years, but the bad feelings never really disappeared.

Then, my world took an unexpected turn again.

Rather than hiring a new person for the position I was pulled aside…and offered the job.

Sweat-inducing thoughts danced around my brain, taunting me as I took what was happening in. It was like an alarm going off in my head, a detector that had discovered the fraud—me.

I felt like Jodie Foster when she won an Oscar—convinced everyone would find me out, take it back and give it to its rightful owner, Meryl Streep.

I admitted right then and there that I didn’t feel like I could do the job. Then I waited for them to agree, to say that a mistake had been made, but what came out of their mouths instead was…laughter.

“Do the job?” They chuckled. “You’ve already been doing it.”

That’s where the panic and the negative thoughts faltered.

“They’re right,” I slowly thought. I have been doing the job.

I was so busy worrying about making a mistake. Or being “found out” as not skilled enough to perform well. I never stepped back and realized that they were right.

I was meeting and exceeding marketing deliverables. In the words of my colleagues, I was killing it. They didn’t see me as a “fraud.” They saw me as a person who had taken initiative and filled a hole in the company, all while continuing to do my own job.

After taking time to reflect, I was proud and excited—and that’s exactly how you should feel when your own hard work pays off, too. Because even if you feel like you aren’t “doing enough” or you aren’t “smart enough,” chances are, you’re wrong.

Does any of this mean that I know everything there is to know about digital marketing, or that I’m the smartest person in a room full of people?

Does that mean I’m an expert within all of my client’s industries and I understand every task I’m faced with inside and out?

What it does mean is that I’m qualified for the job because I took the time to learn how to do it, and apply my existing skills. I was willing to take on more responsibility and learn new things.

The motto I now tell everyone to follow is “fake it until you make it.” No one really knows everything, but you can certainly try your best. If you’re putting 100% effort into something, you can never really “fail,” or be a fraud for that matter.

So, what’s my advice to a recent grad who feels unqualified for a job?

Initiative, drive, and hard work are what pay off in life, no matter what age you are.

Do something a little bit extra—that’s how you get noticed and remembered. Then, internalize the praise that you deserve when you do go above and beyond.

I’m not going to say don’t be scared when a new opportunity presents itself to you, because it’s hard not to feel uneasy or nervous about something “new.” What I will say is to grab an opportunity even when you do feel the fear, because only when you’re challenged and uncomfortable is when you truly learn, adapt, and grow.

Push your boundaries beyond the fear and don’t stop until you get where you want to go.

Some days. It will still take a while for that feeling to completely disappear, but I’m going to let you in a little secret: we’re all impostors, at least for a little bit, in every new class, new speciality or new job.

So, broke and unqualified for a job after graduating from university? Fake it until you make it like the rest of us. You can do it. I did.