The Most Common Ways Students Screw Up Their Taxes

Nothing good happens when you screw up your taxes.

Just like having to pay for your own Netflix subscription, doing your taxes is another one of those adulting responsibilities that’s thrust upon you way too soon.

It can be a lot of pressure. If you don’t do your taxes correctly, or at all, or try to cheat the system, the Canada Revenue Agency (CRA) will take it sort of personally. Sort of really personally.

In contrast, Netflix still hasn’t said anything about my roommate letting me use his password for the last two years.

To help you avoid an epic buttload of stress, we’ve laid out the most common ways students mess up their taxes, what happens if you do, and what you should do if you make a mistake.

What are common ways students screw up?

Not filing a tax return is super against the law.

You totally have to file one.

We know, you’re busy. And tax season also happens to be exam season.

But if you file late, you can face a penalty as a portion of your balance owing. That will suck.

3. You make it difficult for the CRA to communicate with you.

Believe it or not, this is one of the most common mistakes, especially for students. If the CRA can’t reach you, you might miss important deadlines or notices.

As a student, you may be changing your address frequently. If so, make sure to update the CRA or set up a forwarding address through Canada Post.

Or, if it’s an option, continue to use your parent’s house as a permanent address.

4. You claim too many moving expenses.

You can claim expenses incurred by moving at least 40km closer to school.

But this is an expense all too often abused. Be sure not to claim additional travel expenses, or expenses incurred while touring schools.

You cannot, we repeat, cannot, write off your trip to Bonnaroo.

5. You get irresponsible with your deductions.

In general, if you’re trying to take advantage of a tax credit by claiming inappropriate expenses, your return may get flagged by the CRA.

It’s best to make double sure what you’re claiming as an expense properly qualifies for a tax credit.

When in doubt, turn to a tax expert.

What happens when you screw up?

1. You could face penalties.

There are a ton of fairly scary, not-at-all-fun sounding penalties you could face for the various above offenses.

Generally, they include either:

→ Paying an additional percentage of the money you already owe.

→ Paying an additional percentage of your income.

The bottom line is, if you owe,  the government will want more of your money.

You remember money right? It’s that thing you’re already paying a ton of to go to school and wish you had more of.

You can read more about these awful punishments here.

2. You could get audited.

If the CRA thinks you may have made more money that you’re claiming or that you claimed expenses which are not justified, then they’ll audit you.

Being audited means the CRA digs into your records because they suspect you’re not telling them the whole story about your income.

Since you’re probably not The Wolf of Wall St., we’re sure your f#ck up was an honest one. Still it can be extremely stressful to have the CRA dig into your records and your entire life in general.

It can be an exhausting, uncomfortable process.

At the end of it all, you may have to pay a penalty or additional taxes.

What can you do if you screw up your taxes?

You’re going to want to turn to a tax specialist like our partners at H&R Block.

If you’ve made an honest mistake, they can help you file an adjustment to avoid penalties.

Additionally, they may be able to help you find money that you should be getting back.

Last fall, they ran a campaign where they took a free second look at old taxes for new clients. On average, they found that about 60% of their clients were leaving money on the table.

After filing adjustments, they found an extra $1,400 for each of those clients.

Want to Leave Your Taxes to a Pro?

H&R Block can help you claim the maximum amount of tax credits, get the most money back, and file with ease. 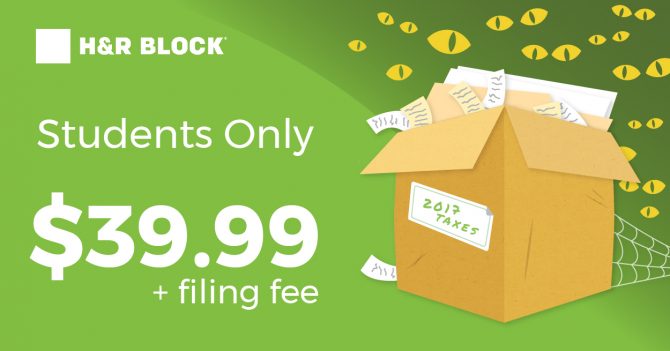