Our New Partnership to Support LGBT Students and Allies

Student Life Network and Get REAL are partnering up to fight homophobia on campus.

We’re introducing a new partner into our Network. Get REAL.

The Get REAL Movement is a youth-focused non-profit organization that supports LGBTQ+ students and their allies, and encourages them to share their stories.

Across North America, they hold inclusivity workshops and provide leadership development through a chapter program.

Get REAL’s goal is to break down prejudice, promote unity, and foster compassion. We dig that. So we wanted to partner up, help spread the message, and offer more SLNers the opportunity to participate with Get REAL.

We caught up with Get REAL co-founder and Executive Director, Chris Studer to help introduce Get REAL to SLNers.

(PS – Here’s Chris giving a TEDxYouth Talk about Get REAL)

When did you start helping students as an LGBT ally?

When I was at Western University, I was part of the O-Week program, and there was a big push to work with our first year students on inclusive language— doing away with stuff like, “that’s so gay” and those kinds of phrases.

I had about 120 first-year students in any given year—that program was made up of students of every different background and orientation, and that was just a really great recipe for opening students’ minds. We would see students change their language within a couple of days.

When does Get REAL become a thing?

I knew I could connect with kids, I knew I had the ability to talk to students in a way that changed their mind. So I thought, if I can help, maybe say, someone who is gay, in grade 7 to not have to meet someone who has the attitude that I used to have when I was younger, that would be great. 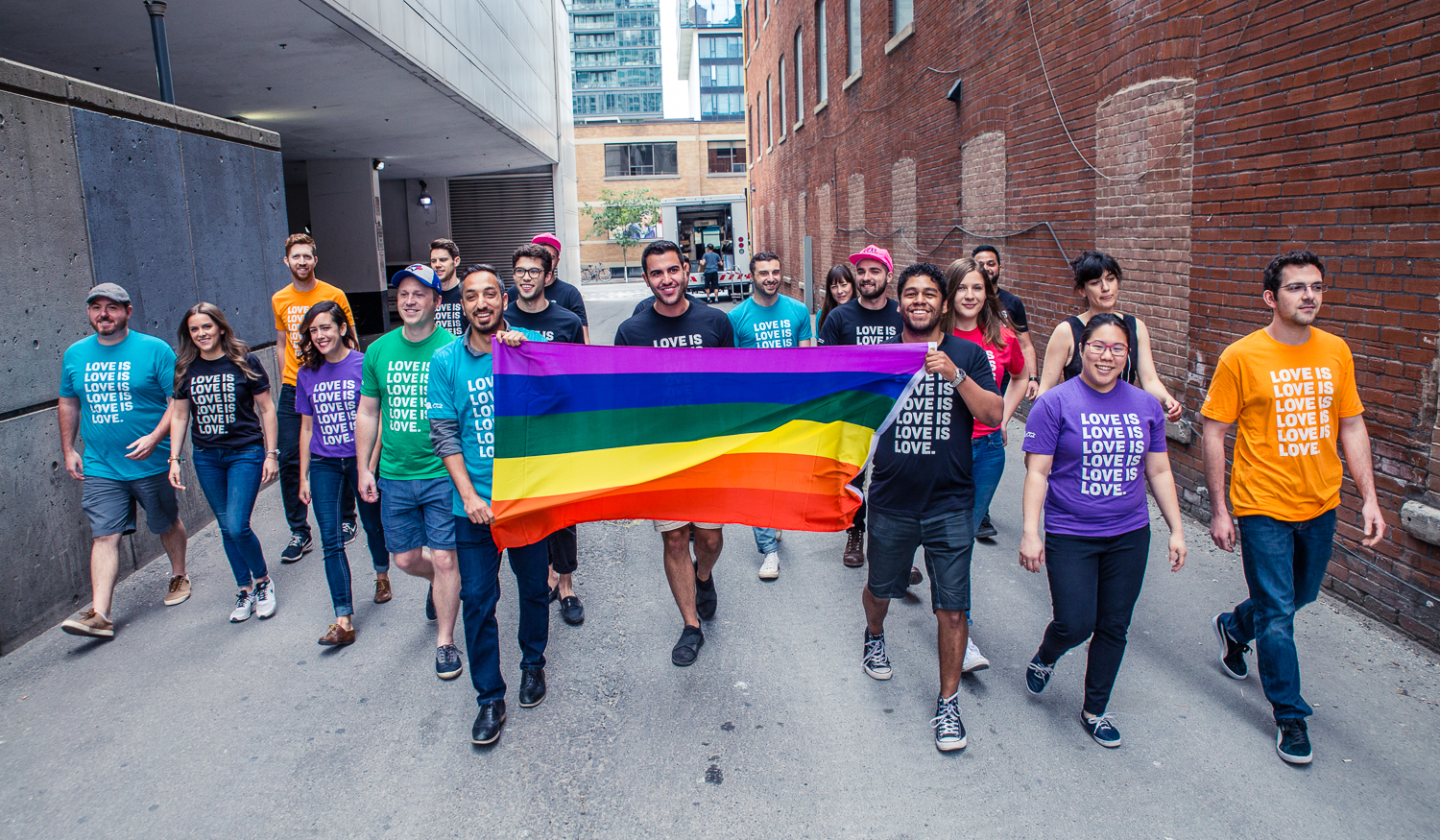 My friend Arthur came up with the name. He was about to graduate, but he said, “I feel like this could go further into high schools and middle schools, because we’re having such good results.”

My other co-founder (in my year — Arthur and Annie both graduated soon after we started), Sophie and I agreed that this program would also help provide older relatable role models, which we didn’t have. Neither of us really knew role models who were out, who were sharing their stories, and neither of us really knew too many people who were straight / cisgender, who were speaking about empathy, and inclusive language, and bullying. So we definitely saw a gap there.

Why is language important?

So, we don’t want to be the language police. That’s never been what we’re about. But we want to, as much as possible, put ourselves in the shoes of someone else.

We’re definitely more of a compassionate organization. I think that comes from our roots as frosh leaders and being able to get one on one with students. You’re never going to change someone’s mind by shaming them, or yelling at them or telling them they’re a bad person and that’s how we learned and became an organization

Our approach, when we talk about language, is to focus on real, honest stories about the impact it can have. We try to humanize it.

That kind language keeps people in the closet, makes people feel like you are not someone that they can come out to. It hurts, for sure.

Are you guys starting to notice an impact?

We constantly get feedback from students. Obviously, when we go to schools we have students telling us they’re going to change their language. But then students will reach out after a workshop and tell us things like, “you gave me the courage to come out”. Really cool stuff like that keeps you going.

How can students get involved?

The biggest way that people get involved is through our merchandise. We have people buying our stuff from South America, from Asia, from Europe. It’s fundraising for us, but it’s also wearing the message. [The clothes] are a great vehicle for people to share their own stories. They’re conversation starters.

A lot of people reach out and want to share their stories and we often feature those on our Facebook page.

Definitely if someone wants to reach out who is an educator, or really anyone at a company or summer camp who can benefit from a workshop with us, whether it’s equipping camp counsellors with knowledge or terminology, or whether it’s working with your grade 7 class, that’s a great thing. We’re booking into the fall right now, we’ve spoken all over Canada.

We’ve got a huge event on June 22, Pride on a Boat, it’s our first event with Toronto Pride.

We’re very people-people. We take on facilitators and there’s a training process there, so if people want to get involved in speaking, shoot us an email.