Your Ongoing Guide to the Canada’s Luckiest Student Winner Reveal

I know, I know. Breathe in, breathe out. As good ol’ Yoda notes, “Patience you must have.”

In the meantime, here’s an ongoing guide to the reveal of the winner, runner-up winner and bonus contest winners in Canada’s Luckiest Student. We will update this page as the answers change. 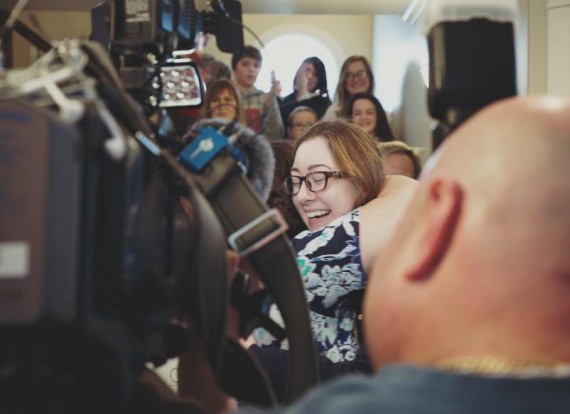 Stay tuned for what we’re calling The Switcheroo, in which we had Alex plan her own surprise party without her knowing she won.

What about the runner-up prize for the trip for two to Spain and France?

We’ve drawn and confirmed the winner! Elisabeth Begely of Guelph U is the lucky recipient of the trip for two to Spain and France. Lucky duck.

What about the runner-up winner for the trip for four to Blue Mountain?

A big congrats to Melanie Robert of Carleton University (and your three friends).

Rad. And the bonus contests?

All of the bonus contest draws have happened, and we’ve confirmed the winners of every single one:

Congrats to all our bonus contest winners!

That’s where we’re at, eh? Next question.

We like where your head is at. CLS5 is slated to launch in July but there’s much more before then.

What else do you have going on?

Oh us? Lots as usual. Check out this blog for our most recent giveaways. We’ll keep it updated. Pinky swear.