Q&A: From Small Town Boy to Entrepreneur to the NFL

Take one part small town boy, add a dollop of determination, set a dream job of the NFL, and you have Steve McEwen. We chatted with Steve about how university was good and all, but how his entrepreneurship and unstoppable drive was what set him up for success.

Tell us about yourself, Steve.

I’m originally from a small town in Ontario called Kincardine. I grew up playing sports and started all sorts of small businesses. I was a small town Donald Trump. I did everything! I sold Kool-Aid on the street corner, had mini fairs in my backyard, walked dogs for neighbours, and sold soft drinks on hot days from a cooler I pulled behind my bicycle. When I was 15, I had enough to buy a trampoline with my brother. When I was 18, I had enough to pay for my first year of university.

What was university like for you? How did it prepare you for your current job?

I went to McMaster for four years studying Political Science and Communications. It’s a fine university, and a nice place to have spent those years, but I don’t think it prepared me for my current job—outside of growing my vocabulary and the requisite ‘tick box’ of a University degree. It probably helped mature me a bit (though I’m still a bit of a child). I just rarely find myself quoting Marshall McLuhan or referencing the Cold War.

What about your time with College Pro and preparing you for the real world?

College Pro played a more significant role in growing my skills because it pertained to my current job. Entrepreneurship really stretches you and challenges you in ways a formal education can’t match. College Pro was my first true test of taking control of a project, owning a budget, and selling. These are skills that I’ve continued to grow throughout my career. I can’t imagine any role where sales skills and time management won’t be valuable. Most of the time you’re selling yourself to get a promotion, a new job, or to take on more responsibility.

Tell us about your switch from College Pro to the big leagues with NFL Europe. 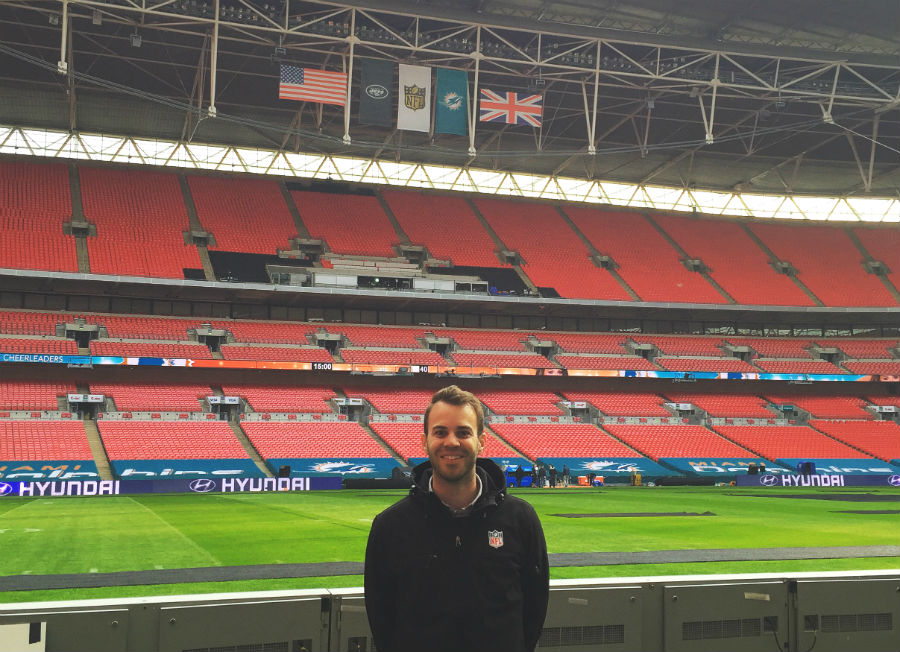 NFL Europe lasted from 1991-2007. It finished the year I graduated university, but I didn’t join the NFL (now known as NFL UK) until 2011. In the years prior to that I held an account management role at an experiential marketing company in Toronto called Mosaic. After 4 years I sold my car, quit my job, and moved to London, UK in search of a change. I got that in my first role, which was for an events agency delivering event activations for the NFL around its new “International Series” games at Wembley. After two years of managing the sponsor activations from the agency side, I was hired into the NFL UK office.

What’s your role with NFL UK?

I am the Marketing and Events Manager for NFL UK. I manage the delivery and execution of our full schedule of NFL fan events across the International Series (3 games played annually at Wembley Stadium). I work with some amazing people to take on interesting and unique projects. With the NFL, everything needs to be bigger and better every year, so it’s always quite exciting and challenging.

What’s your best advice to students looking to land their dream job?

Build strong relationships and put in the work. Landing your “dream job” is probably equal parts ability and opportunity. You’ve got to have some great timing and be able to do the job they’re after. Nobody is hiring you because of potential. The sought-after jobs hire people who show they can do what’s asked and have a track record of success.

What advice do you have for students once they finish their undergraduate degree? 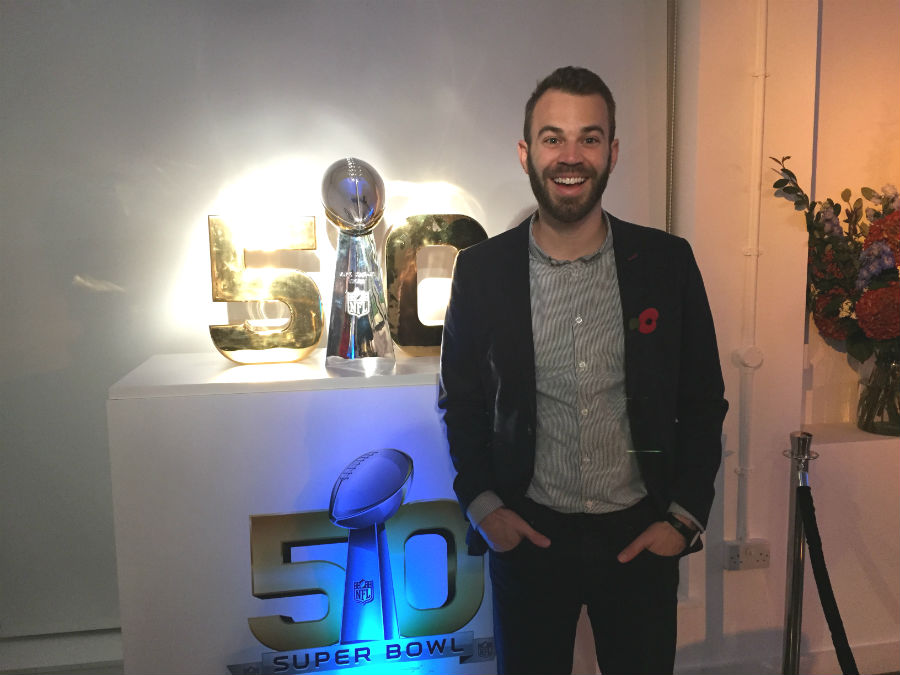 Follow your passion and make sure you don’t start down a path you don’t believe in. You will eventually hit a fork in the road, and if you’ve taken the wrong path, it may take some time to correct itself. That said, roles that are tangentially related to where you want to be can be very useful. I knew I wanted to work in sports, and although my role dipped in and out of that world, it always kept me in that space.

I’ll also say that once you’re done your undergraduate degree, there tends to be a lot of pressure to continue getting more education. I never saw the value in that, and unless you are going to be a doctor, lawyer or engineer, I think testing what the world has in store for you is far more valuable.

Keep calm and carry on, hah. I think your ability to handle difficult situations is based on your experience in handling very difficult ones. So I’d suggest getting yourself into some interesting situations. Run straight into the fire knowing you’ll be better for it afterwards.

Kidding me? Batman all the way. Superman is too preppy and uses way too much hair product.

What would your first dance song be at your wedding?

I’d let my wife choose that. And then agree it’s the right choice (am I husband material or what?).

Weapon of choice in a zombie apocalypse?

An airplane so I could get the hell out of there!