Let’s face it, being an effective presenter isn’t easy. For some, it’s downright terrifying. But speaking is a necessary skill both in school and in real life. Here’s how to become a better speaker. Well, in theory.

Coined by great the Guy Kawasaki, he says you should have 10 slides per presentation, shouldn’t be over 20 minutes long and nothing smaller than 30 point font. That’s a good place to start.

Do Prepare for the Worst

What do you do if the video you planned to play doesn’t work? Or the projector malfunctions halfway through your presentation? Simple. You keep going.

As tempting as it may be, avoid “winging” anything. The more time and effort you spend rehearsing, the more it will show when you’re actually on stage. Your presentation is much better off without “ums” and awkward pauses because you don’t know what you’re going to say next.

You want to know your topic inside out. And then some. Your teacher (or that classmate that always brews up tough questions) may ask you a question you never saw coming. Nothing is more satisfying than a well-crafted and succinct response to every question without hesitation.

While you can’t expect your audience to know everything, don’t assume they have the intelligence of a lamp. You shouldn’t define every word, but do clarify any abbreviations or acronyms before you use them.

This way you have enough time to set up and take some deep breaths. Have you heard the saying: haste makes waste? If you’re rushing before you even begin, you’re likely to rush during your presentation, which can cause you to make mistakes you wouldn’t have otherwise.

Apologizing for your mistakes is a mistake in and of itself. More often than not, your audience won’t pick up on your mistakes unless you point them out. With each apology, you lose credibility. However, if you’re late or are shown to be wrong, don’t be a jerk—apologize.

I’ve literally seen students give an entire presentation without moving anything aside from their mouth. It’s creepy. Create some energy. Captivate your audience in more than one way.

You have a backbone for a reason. Use it.

Don’t Rely on Your Slides 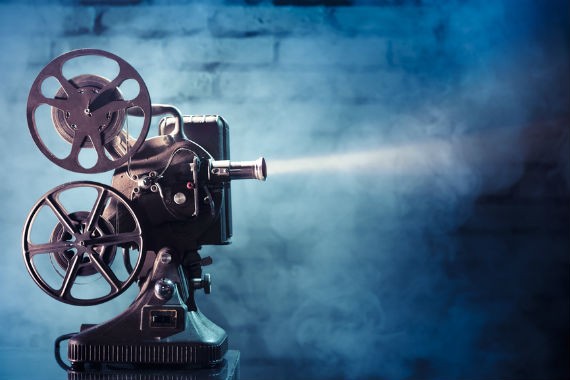 Your slides are there to guide you. They aren’t there for you to read off of. You serve no purpose as a presenter if everything you will say is already on your slides. After all, you should be able to present without your slides anyway.

Not just with your teacher or your closest friend. Make eye contact with everybody. Or you could stare at foreheads. That works, too.

You don’t have all day to talk. In writing, you should include only what’s important and remove what isn’t. The same applies for presentations.

Do Involve the Audience

Public speaking is daunting enough on its own. Getting the audience involved can be even more daunting. But have faith in your wonderful inclusive self.

Your audience needs to hear what you have to say, and they can’t exactly do that if you’re spitting out 400 words a minute. Keep in mind the average speaking rate is approximately 150 words per minute. Try timing yourself to see how quickly you talk. Take into account when you’re nervous, you’re going to speak faster than you normally would. Just stay away from Eminem rapping speed.

Got your own presentation tips? You know what to do below, SLNers.

Herminia Chow is currently attending the University of Toronto. She hopes to major in Book and Media Studies while doing a double minor in Linguistics along with Writing and Rhetoric. She is a writer, a blogger, and an avid reader of all things.