How Do They Match Up? We Investigate the Differences Between College Vs. University Vs. Online (Pt. 1)

Deciding what to do after high school is a daunting task that, frankly, many of us just aren’t (or weren’t) ready for.

Some decide to take a gap year, while others go straight into the workforce. Many Canadian high school students, though, continue their education, which begs the question: “which post secondary institution is right for me?” It’s a big choice, and many of us just dive into whatever our parents or guidance counsellors tell us. How big of a choice? Well, in Ontario alone there are 20 public universities, 24 colleges, 400+ registered private career colleges and over 1,000 online and distance education programs. A lot.

In this first instalment in a two-part series, I’ll be investigating major post-secondary institutions and how they add up to help make the choice easier for you.

The Usual Suspects: University vs. College

I asked a second-year college student, Janine Nivins, who also attended university, to describe the difference between the most common forms of post-secondary education:

“The main difference is university is theory-based and college is experience-based. [In college] you do the same amount of work as you do in university, but it’s different work—less reading about doing stuff and more actually doing stuff.”

Now let’s go into a little more detail about her main point. Colleges are more practical, hands-on training institutions that tend to be more directly career-focused than their counterparts. They offer pre-trades and apprenticeship training, language training, and skills upgrading. Their programs, including Bachelor’s Degrees, are as follows:

Universities, on the other hand, focus more on independent learning and critical thinking. In university, you can major, minor, and/or specialize in different fields, depending on its courses. They also have the power to grant multiple degree levels.

Beyond the Stigma: Myths and Facts 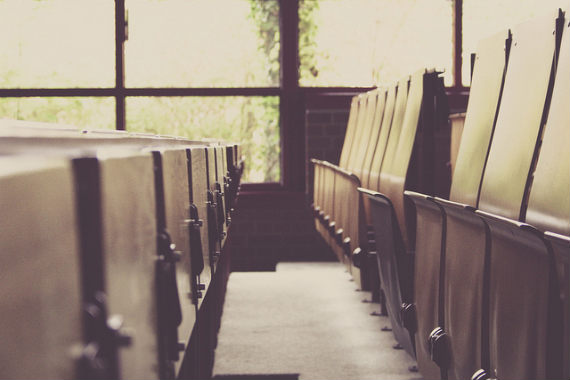 To help burst some misbeliefs about college and university, I asked Joann Johnston, Department Head of Student Services at St. Martin Catholic Secondary School, to break down some common facts and myths.

The Myth: You won’t get a “good job” with a college education.

The Fact:  “A guy on the marketing team for the Hamilton Tiger Cats went through college,” says Johnston, who just returned from speaking to 19 grade seven classes across the Greater Toronto Area about post-secondary school. “There’s the proof that you don’t have to have a university business degree to get that job. People need to investigate all the pathways [to the careers they want].”

The Myth: College is for students with low academic standings; you only go to college if you’re not good enough for university.

The Fact: For some oversubscribed programs, like veterinary programs or nursing, “you still need 80’s and 90’s to get in. People would never think that.” Some programs still require higher grades, the only difference is how they teach you.

The Fact: “People only thought that because of the small class sizes. And I mean, the classes are small, but that’s changing as well… it’s getting bigger all the time.”  She explained that Ryerson University used to be a polytechnic school, but started introducing more degree programs to earn university status, then began to explain that Sheridan is hoping to do the same thing. OCAD just became a university only four years ago.

Outside of university and college, there are other sources of post-secondary education: polytechnic and online schools. Hell, I didn’t even know what a polytechnic school was until I started writing this article!

Polytechnic schools offer instruction in a wide variety of industrial arts, applied sciences, and technical subjects. There are over 220,000 full-time Canadian students in polytechnic institutions. They focus on applied research and industry innovation, enabling college applied research, and taking on issues that affect the businesses they’re partnered with. In Canada, they offer bachelor’s degrees, joint bachelor’s degrees with universities, diploma programs, certificate programs, apprenticeships, and graduate certificate programs. Yeah, they do it all. Their members include Algonquin College, Red River College, British Columbia Institute of Technology and Seneca College.

Some schools offer online education, if direct attendance is not possible. These schools include Laurentian University, Athabasca University, Carleton University, and University of Manitoba. Usually, this kind of post-secondary education is utilized by those who are constantly moving or won’t be able to keep up with direct schooling.

Online schooling is not for everyone, though, and Johnston does not recommend it if it can be avoided. “It’s not preparing someone for life,” she says. “You have to have that face-to-face interaction. I mean, I’ve taken online courses, and the majority of my Master’s Degree was online—and I loved it—but that’s the situation I was in. I had two young babies, and that’s all I could do at the time. But I wouldn’t have wanted to do the entire program online.”

Remember, doing your own research is important when making a decision as significant as choosing a post-secondary institution. Find what you’re interested in. Research the variable programs available to you. Then look at the best institutions available to you that offer your program of choice.

In my next article, I will discuss the best ways to do your research, and how to make the most informed choice.

Anything I missed? Leave a comment to help out your fellow post-secondary hunters! We can add them in the follow-up article.

Rebecca Tunney is studying Anthropology at the University of Toronto in Mississauga. She is an aspiring novelist, vocalist when required, lover of cupcakes, and jack of all trades—but training to master something.