Welcome to the first installment of Expectations Vs. Reality, the series in which I blog about my anticipations for upcoming products and events, and then again after experiencing it.

I can see myself having a miniature panic attack when the Frosh leaders tell my friend and I that we won’t be on the same Dynasty (the term for the Frosh teams). I grasp for the familiar, the safe, the comfortable. You should understand, I went to a small elementary school, a small high school, and am now being thrown into a school with a population bigger than Barrie. Not only that, but 83% of my friends (read: 5/6) aren’t going to be with me. I won’t know anybody on my Dynasty, and nobody will know me. What if I come across the wrong way? What if I don’t get along with anyone? Silly fears, I know, but that doesn’t make them any less real.

Eventually, though, I hope to make at least one friend. If I’m lucky, this person and I will make friends with others, which will be a huge weight off my shoulders. For now, I have to brush up on my pretending-to-text skills.

“For now, I have to brush up on my pretending-to-text skills.”

I probably don’t have much to worry about, especially with the activity lineup. Nothing brings people together like shouting at the top of one’s lungs and criticizing other campuses. The paint party sounds like a lot of fun, too, and if throwing different coloured mediums at people doesn’t make me friends, then it will definitely make me some enemies… but let’s hope for the former.

Aside from the friend-making dilemma, the events seem pretty great. I’m especially excited for the Survivor Challenge. I’m the kind of person who watches reality TV and claims to be able to do everything the contestants do, but better. This will be my opportunity to walk the walk after years of talking the talk. Plus, I’m competitive. I’m also looking forward to the Formal, because I will personally use any excuse to dress up all fancy-like. Unfortunately, my lone friend won’t be going to it, so I really need to make some new friends who will sit at a table with me. I don’t like the idea of dressing up and being alone for a few hours. Who does?

“Everyone has their preferences, and I prefer to somewhat know the people I’ll be trading sweat with.”

And while many of the activities appeal to me, there is one that I’m not quite as sure about: the night club. I’ve never been much of a dancing-in-public person, and the idea of rubbing and bumping against the sweaty bodies of strangers makes me want to hide under my blankets. Real mature, I know, but everyone has their preferences, and I prefer to somewhat know the people I’ll be trading sweat with. Maybe I’ll stay home that night to get ready for the formal. Maybe I’ll have my own dance party in my room. We’ll see when the time comes.

After a day or two of accidentally elbowing people and getting paint in their eyes, I’ll come out of my shell, make some friends who I haven’t injured, and lead my Dynasty to ultimate victory!

Rebecca Tunney is studying Anthropology at the University of Toronto in Mississauga. She is an aspiring novelist, vocalist when required, lover of cupcakes, and jack of all trades—but training to master something.

Failed a Test or Exam?! Stay Calm and Follow the Failing Forward Framework 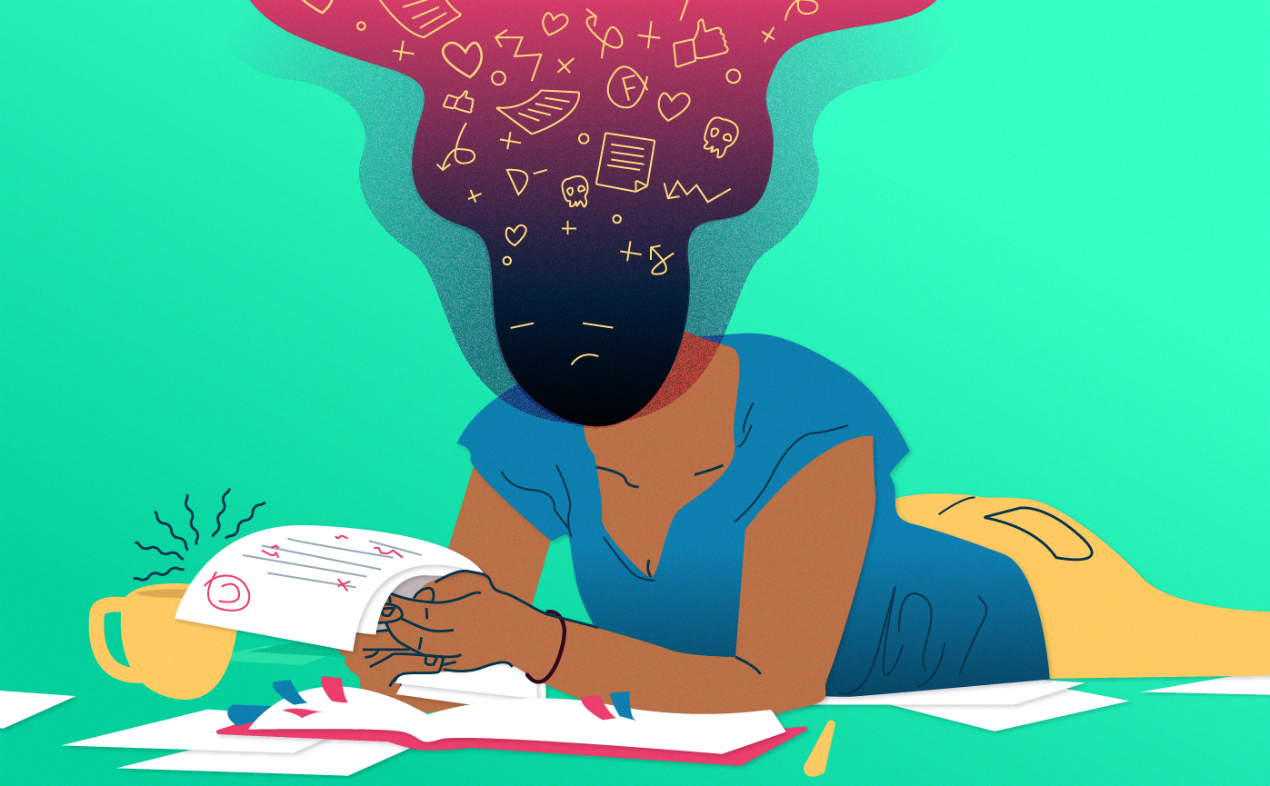